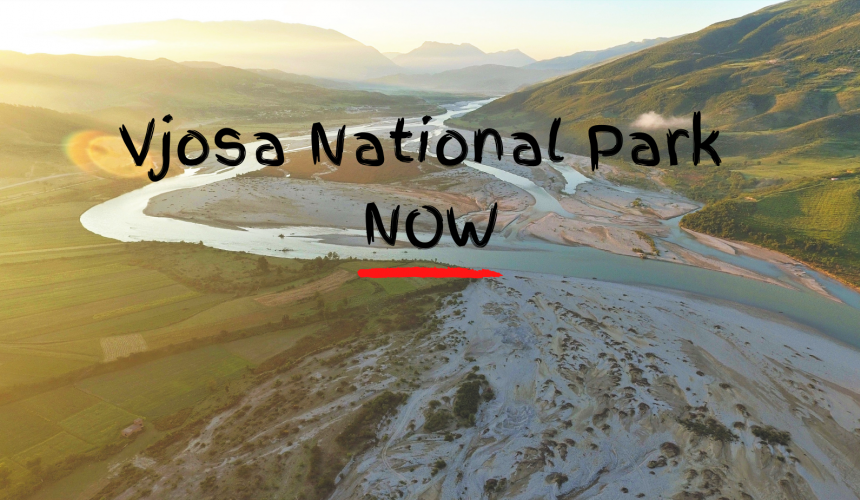 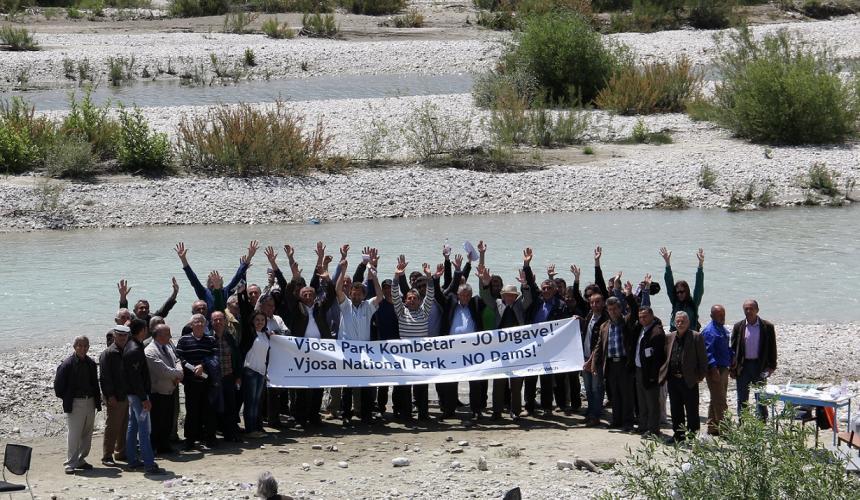 Today, February 10th, 20 Albanian environmental organisations under the direction of EcoAlbania submitted a detailed proposal for the creation of the Vjosa National Park to the Minister of Tourism and Environment Blendi Klosi. Their cause is supported by the international organizations Riverwatch, EuroNatur, WWF Adria, Wetlands International Europe, International Rivers and The Nature Conservancy.

The group of NGOs feel compelled to take this step since Albanian government representatives have been announcing the national park for months, but have not taken any steps towards its implementation. On the contrary: "According to our information, the Ministry of Tourism and Environment is not planning to establish a national park, but only a landscape protected area and only for the upper reaches of the Vjosa. The ecologically most valuable section of the river – which is also the area where the hydropower plants are planned – is to remain completely unprotected. Therefore, we decided to act and submit a complete proposal. Now we will see what our government really wants: power plants or a national park," says Olsi Nika from the NGO EcoAlbania.

According to the 16-page proposal, the national park should meet IUCN standards and encompass the entire Vjosa River in Albania as well as the free-flowing tributaries such as the Bënçe or the Shushica. In total, the proposed Vjosa National Park will cover about 45,000 hectares and protect about 300 kilometers of flowing waters. This would be unique in Europe and the Vjosa could become Europe's first Wild River National Park.

So far, 1,175 animal and plant species have been recorded along the Vjosa, including 119 species protected under Albanian law and 39 species that are listed in the IUCN International Red List of Threatened Species. In fact, the number of rare species is probably much higher, as large areas of the Vjosa and its tributaries have hardly been explored.

A National Park according to IUCN criteria is the most suitable protection category for the Vjosa, because it not only best guarantees the protection of this unique landscape, but also because it is aimed at developing nature-compatible ecotourism as well as environmental education.

"Everyone would benefit from the Vjosa National Park: the Vjosa itself, its animals and plants, as well as the people of the region. A national park would also give them an economic perspective that neither a landscape protected area nor any other category of protection can guarantee," says Ulrich Eichelmann from the nature conservation organization Riverwatch.

According to an analysis by the environmental groups, it would take two years to plan the national park. During this time, the population should be included in the process and details such as the exact zoning must be clarified. In 2023, Europe's first wild river National Park could be officially opened.

“We support the Albanian conservationists in their demand for a national park. This river deserves the highest protection category and no dams! Anything less than a national park would be inappropriate for the Vjosa. This last big wild river in Europe is of international importance. Now it's the turn of the Minister of Tourism and Environment," says Annette Spangenberg, head of projects at EuroNatur.

The Ministry of Tourism and Environment now needs to examine our proposal and ultimately, it could officially initiate the protection procedure.