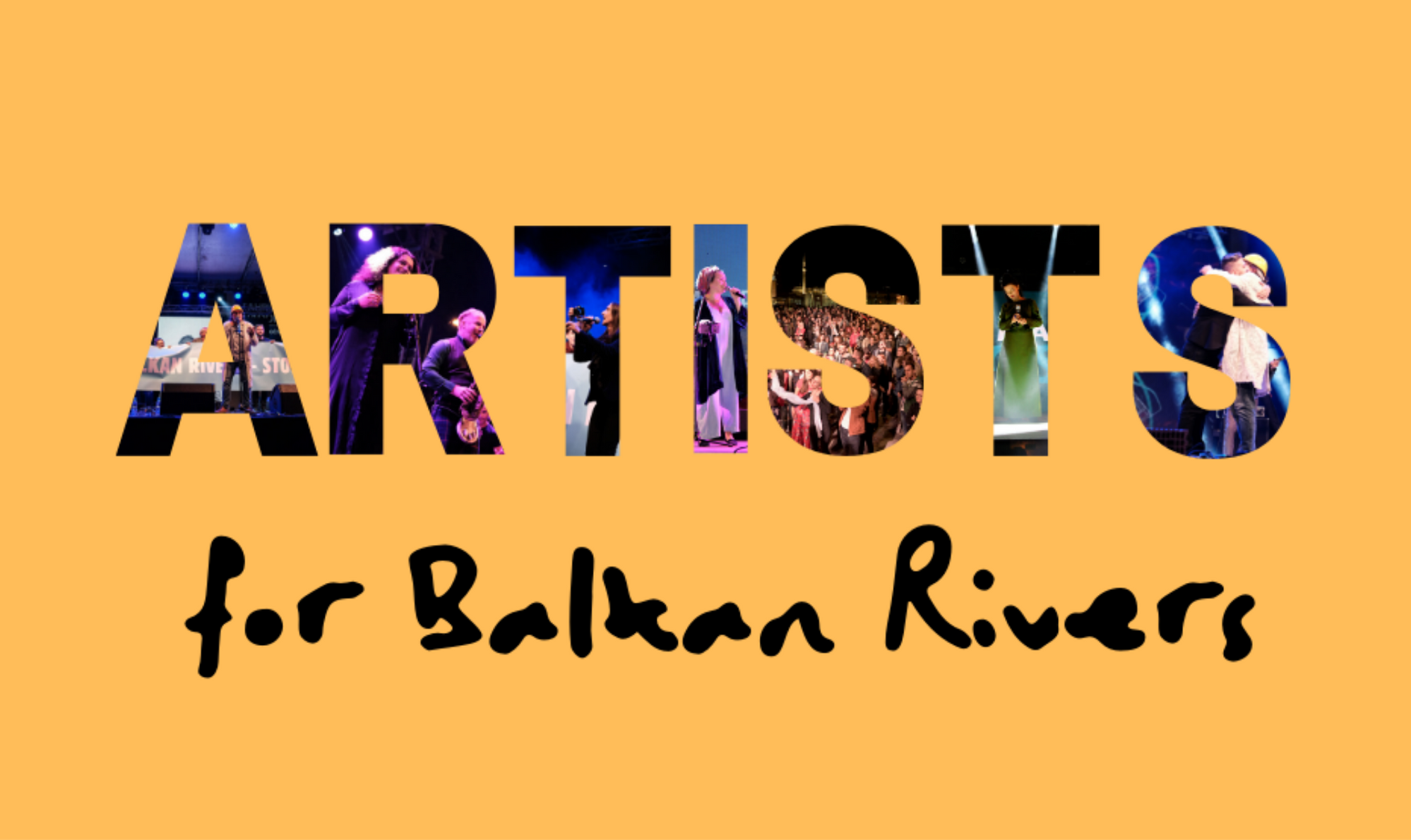 Artists speak up for Balkan Rivers

++ On the occasion of the World Music Day on June 21st, 40 artists support the Blue Heart campaign for the protection of Balkan Rivers ++

June 19th, 2020. The musicians want to shake people up and contribute to preventing the looming destruction of nature in their home countries. Darko Rundek from Croatia, Rambo Amadeus from Serbia/Montenegro, Jelena Milušić from Bosnia-Herzegovina and Srdjan Jevdjević, founder and singer of the band Kultur Shock (lives in the USA, originally from Bosnia-Herzegovina) are only four of a total of 40 well-known artists from the Balkan states who support the campaign "Save the Blue Heart of Europe". They raise their voices for the Balkan rivers and against their destruction.

Practically every river and creek between Slovenia and Albania is at risk of being dammed or diverted; over 3,000 new hydropower plants are in the pipeline. The Balkans still host an intact water empire that is without par in Europe. It consists of free-flowing rivers in which species find habitat that have long disappeared elsewhere in Europe. The Blue Heart of Europe is still beating.

On the occasion of the World Music Day which is celebrated annually on June 21st, the artists take a stand in short video testimonies. All Artists for Balkan Rivers videos will be uploaded HERE

"We are very pleased that so many artists are speaking up. We need them in order to reach even more people and to stop the dam madness. Rivers are so much more than just entities of profit. They have always inspired people to wonderful songs, pictures and stories. Who has ever heard of songs about dams?" says Ulrich Eichelmann, coordinator of the Blue Heart campaign of Riverwatch.

"The artists bring this important topic to a broad public with heart and emotion and show a responsibility for nature that we painfully miss with the local decision-makers," says Annette Spangenberg, head of projects at EuroNatur.