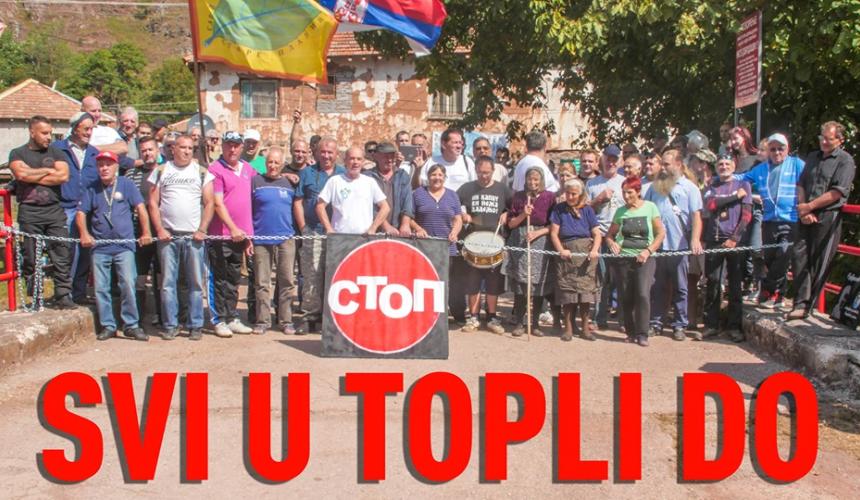 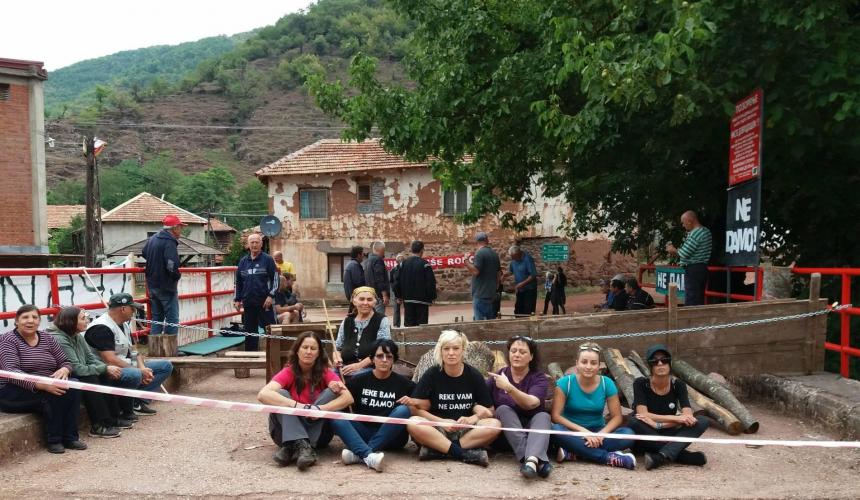 In Stara Planina Nature Park, Serbia, the battle between local communities and investors in small hydropower project has reached a new level. The Stara Planina Union of Local Communities (SMZSP) declared a state of emergency due to non-compliance with the laws of the Republic of Serbia and the Constitution. The SMZSP has organized a 24/7 solidarity watch in Topli Do to prevent illegal construction and protect the law.  The Union has also called on Serbian President Aleksandar Vučic to finally act against illegal hydropower construction and in favour of strictly protected species, which will be permanently lost if environmental inspections keep being ignored.

Read the press release of the Stara Planina Union of Local Communities (SMZSP) below.

This was also published in Balkan Green Energy News

Association of 39 Stara Planina local communities, experts, activists and volunteers for the protection of rivers and nature.

Stara Planiana, September 8th, 2019 - The Stara Planina Union of Local Communities (SMZSP) declared a state of emergency on Stara Planina due to non-compliance with the laws of the Republic of Serbia and the Constitution. The public is already aware of the case in Rakita, where the state has not taken steps to prevent illegal acts, despite the final decision of the environmental inspector. Landslides, devastated roads and estates, endangering houses and people are all consequences that oppress the locals. The same scenario is being prepared in Topli Dol, on the Jelovica River, as well as in 50 other locations in the Stara Planina Nature Park.

The SMZSP has organized solidarity guards to protect the law and the Constitution, and we call on the public for solidarity. Let's not let thieves steal our rivers and streams. Help us to preserve the greatest treasure in our country.

We invite all media to come to Topli Do and to document our lives and our struggle to preserve nature for future generations. We're at the barricades 24 hours. Our lives are already endangered and we are under constant pressure. No one would expose themselves to such efforts if they were not absolutely convinced, they defend right and justice. We are forced to make barricades to protect our villages. It is terrible that we must defend the Constitution and the laws ourselves, and instead of a peaceful village life, live in a perpetual state of alert. We are determined to defend with all our strengths what we believe goes beyond the value of an individual human life.

We publicly urge the President of our country, Mr. Vucic, to finally stand in the way of criminals, to stand up for the law, and to fulfill his plan to preserve Serb villages.

Is the enrichment of an individual sufficient reason to destroy the most beautiful Serbian villages, rivers, mountain streams and forests in the first protection zones? We warn that in all locations there are strictly protected species, which will disappear permanently, as was the case in the Josanica River, which scientists have documented.

The President of the Union