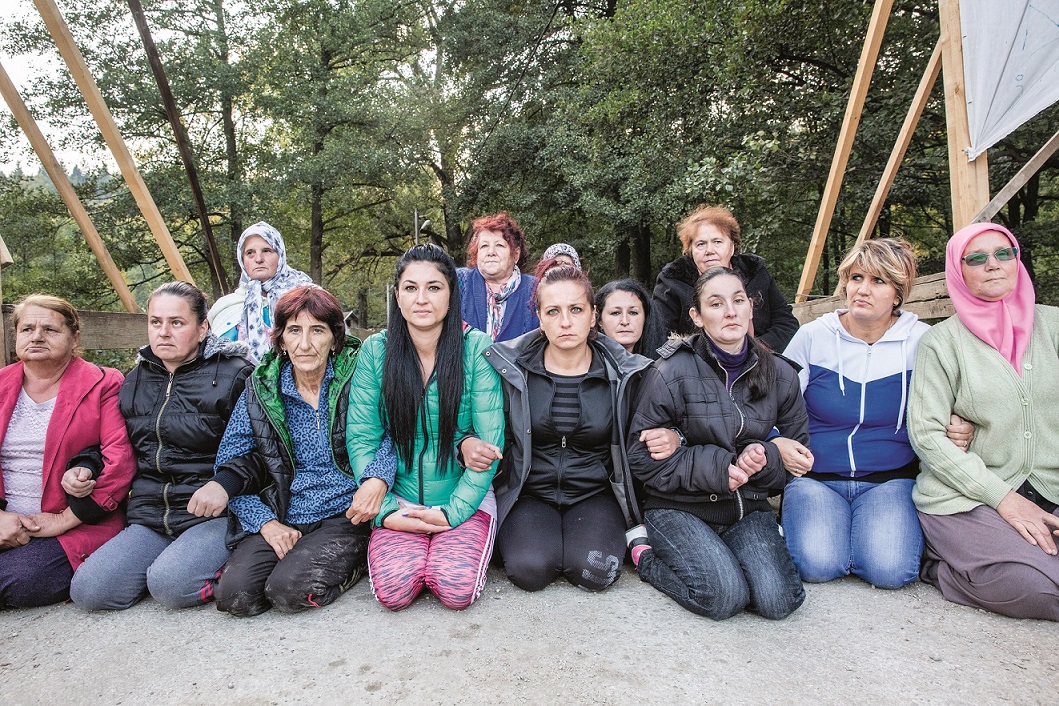 Women wanted: International appeal to support the brave women of Kruščica for one day

The brave women of Kruščica keep this bridge occupied 24/7 to prevent the construction of a dam. Now they would like to watch themselves and their determined activism on the big screen at the Patagonia Blue Heart premiere at the Idbar dam on Sat, April 28. But who will keep the bridge occupied in the meantime? Will you?

Women wanted: International appeal to support the brave women of Kruščica for one day

Today sees the launch of an international call for women to travel to Bosnia and Herzegovina to support the women of Kruščica, who have been protesting, 24 hours a day, for over 200 days. This act of solidarity will enable them to attend the world premiere of Blue Heart, a feature-length documentary bringing their story to a global audience.

The film is part of the Save the Blue Heart of Europe campaign, aimed at protecting the Balkan region from more than 3,000 proposed hydropower projects and meant to bring international awareness to a potential environmental disaster. In the Balkan Peninsula between Slovenia and Albania, hydropower projects threaten to destroy the richly diverse culture, history and ecology of the region known as the Blue Heart of Europe.

Local activists living along these rivers are fighting to save their homes and the rivers and lands that define them. Vigilant and steadfast women from the village of Kruščica, in Bosnia and Herzegovina, have been sitting night and day, since August 2017, in peaceful protest to protect their communities’ rivers and their only source of drinking water, enduring physical violence from authorities to do so. They have taken up non-stop occupation of the access bridge, in order to prevent developers from bringing equipment to the proposed site.

On 28 April, their story will be brought to international attention at the world premiere of the documentary Blue Heart, from Patagonia. Many of the women will make the two-hour journey to the screening, to be held on the side of the obsolete Idbar Dam. However, the bridge cannot be left unattended so a small number of women are planning to stay behind to protect their community.

An international appeal is being launched for women to support their sisters in Kruščica by taking their place on the bridge for the day of the screening so that everyone can experience the premiere together.

In the eight months that the women have been protesting, they have suffered a brutal attack from the police that resulted in women being taken to hospital. They have also struggled with cold winter conditions and challenges such as rotating protest shifts, childcare and other commitments. The women decided they should take the lead role in the protest, rather than the men of the village, as it was, wrongly, believed that they would be less likely to be attacked by police and authorities.

Now, for one day, they are appealing for women internationally, to take up their fight so they can leave the bridge to watch the film.

“We are inviting women from around the world to stand in solidarity with us at this difficult moment in our struggle. This international support means so much and we hope that it will help us to win this battle against the hydropower projects that threaten our homes and community,” says Mika Tibold, protestor and president of the Kruščica Community Council.

Women who are interested in travelling to Bosnia and Herzegovina on 28 April should email anja.damjanovic@czzs.org. More information on logistics will be provided to those who sign up.

Sign the petition here and tell international banks to stop investing in the destruction of Europe’s last wild rivers!