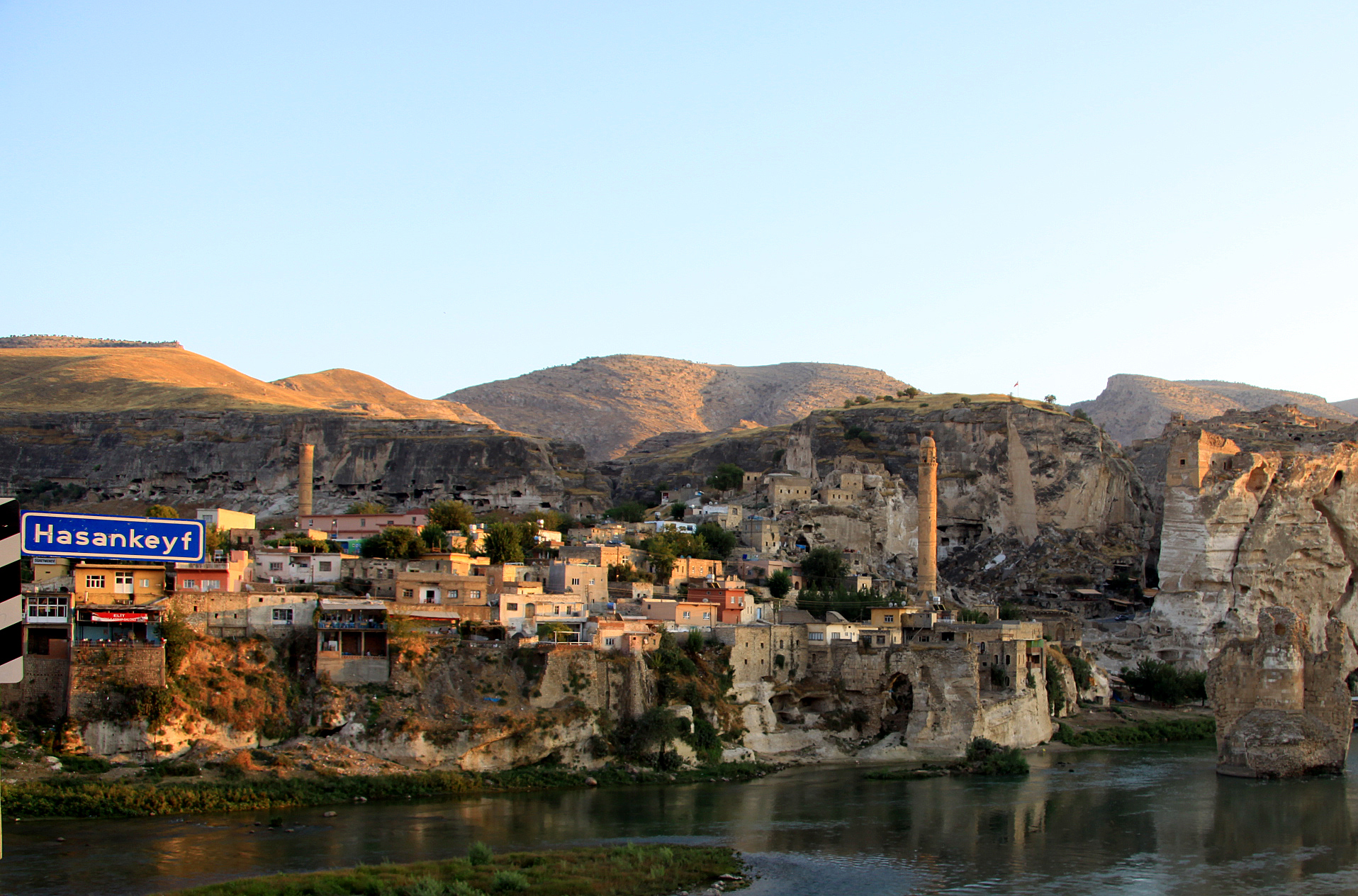 After the relocation of the historic Zeynel Bey Tomb monument, the destruction of 12,000 year old city of Hasankeyf reaches a new level: the demolition through explosives of human formed rocks has recently started. The permit for the destruction of the rocks has been issued only days after the explosions, making them essentially illegal.

Hasankeyf and its surrounding Tigris Valley is the cradle of civilisation and as such fulfills 9 out of 10 UNESCO World Heritage Criteria. However, since a designation would have challenged the Ilisu project, a formal application has been refused by the Turkish government.

Read the press release by the Initiative to Keep Hasankeyf Alive 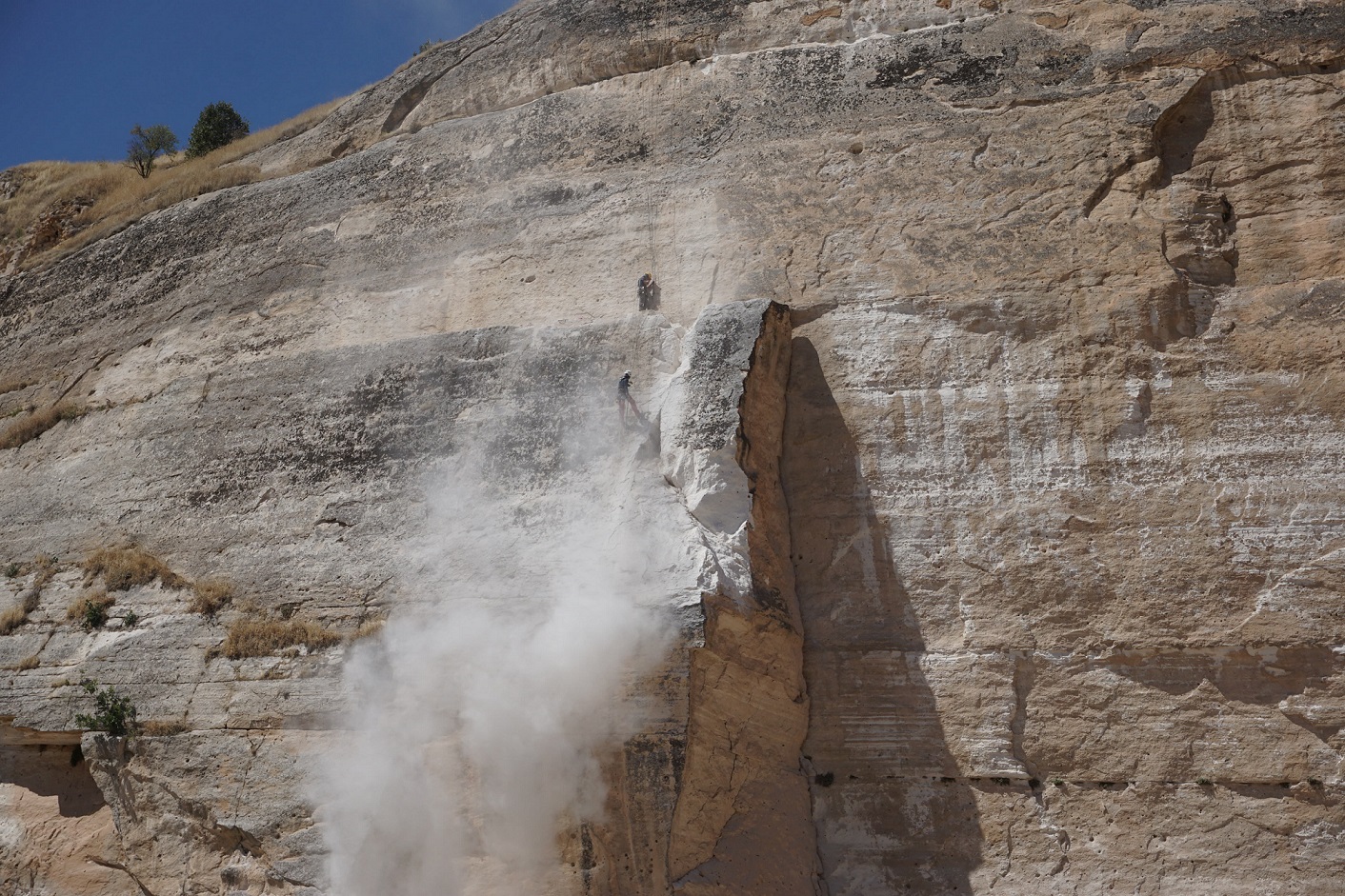 Hasankeyf, August 21, 2017. With the demolition of human formed rocks through explosives in Hasankeyf, the destruction of this 12.000 years old town at the Tigris River in the Kurdish Southeast of Turkey has entered a new phase. Hasankeyf, more than 300 archaeological sites, 136 km Tigris River stretch and 199 other settlements would be flooded if the construction of the Ilisu Dam – one of the most controversial dams worldwide – would be completed. The recent destruction documented by videos and pictures has drew ire from people and organizations from the region and all over Turkey.

The “bringing down of rocks” at the castle rock and its surrounding valleys has started more than one week ago with the official aim to consolidate them for the time after the planned impounding of the dam reservoir and subsequent development of tourism. Other planned measures are the filling of 210 human made caves (there more than 5500 in Hasankeyf!) in the rock castle area as well as construction of concrete walls of hundred meters length around the rock castle which would stick out from the planned dam reservoir.

After the broad public critic in the last week the governor of Batman province and the State Water Works DSI, responsible for the Ilisu Project, said that no explosives have been used and the objective is to protect civilians from falling rocks. The fact is that for only some rocks no explosives have been used, but locals confirmed that for the most ones it was the case, and that 7 years ago was one rock fall in Hasankeyf, but due to recent human impacts and non taken measures by the ministry for culture. Furthermore locals stated that explosives created fear among the population of Hasankeyf, particularly children. However, the alleged ‘constituting danger by rocks’ has the real aim to thrive out people and artisans from Hasankeyf nowadays and particularly to have enough debris for the planned antique harbour which would be central for the planned tourism of the rock castle. It is cheaper to bring down material than to transport it from areas far away. Thousands years of human ingenuity is destroyed for the benefit of some companies! 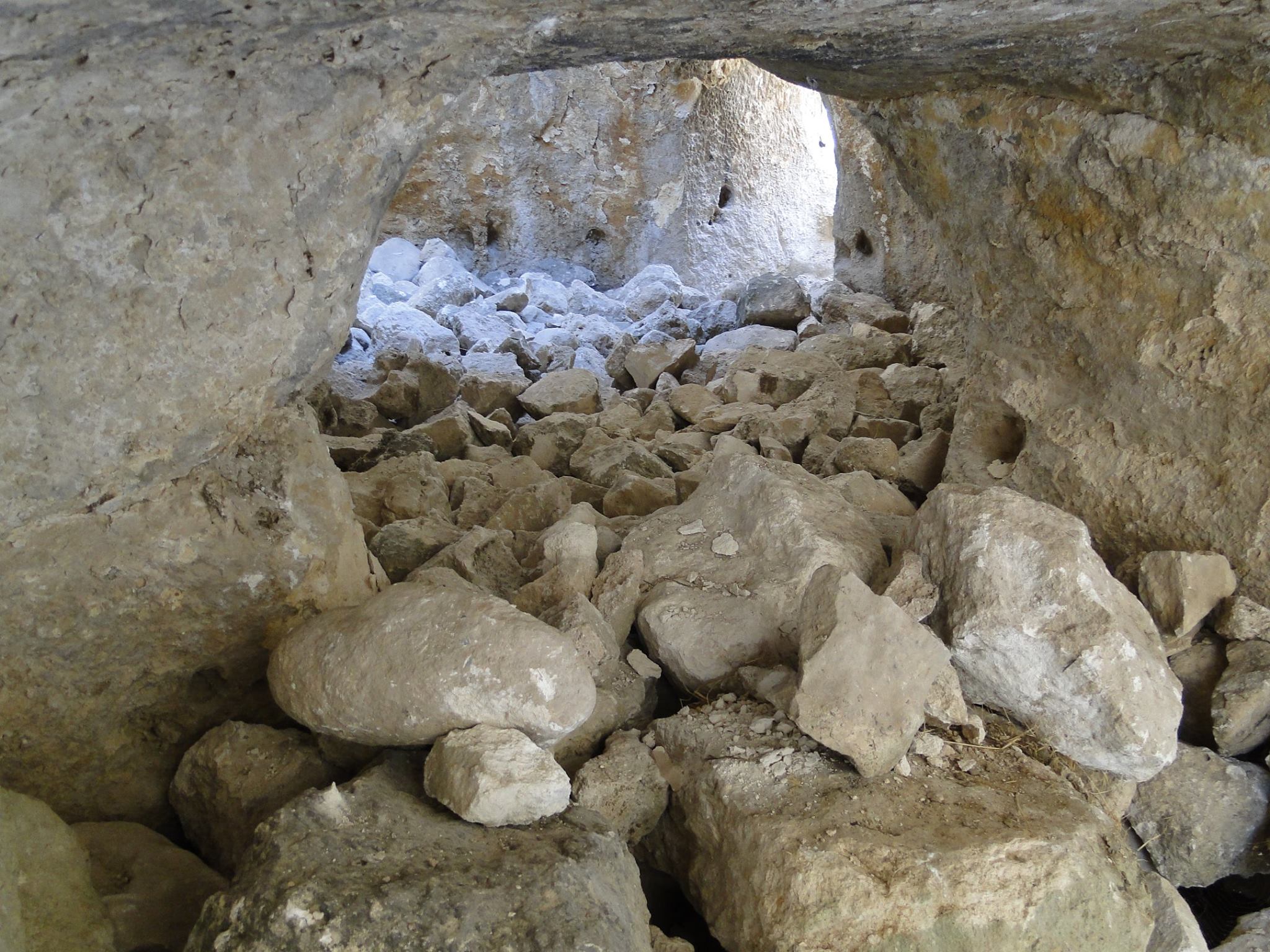 Another scandal is that several days after the destruction of rocks an officially required permission has been issued (on 15.08.2017) by the Regional Board on the Conservation of Cultural Assets. So at least some of the rock demolitions were illegal! The Hasankeyf area was declared a First Degree Archaeological Site by Turkey’s Supreme Board of Monuments in 1978. According to a research by well-respected scientists, Hasankeyf and the surrounding Tigris Valley fulfill 9 of 10 UNESCO World Heritage Criteria, but an application is refused by the Turkish government because of the Ilisu Project. In March 2016, Europa Nostra has selected Hasankeyf as one of the 7 threatened cultural sites of Europe.

Recent excavations indicate that Hasankeyf is as important and old as Göbeklitepe in the Kurdish province Urfa, the oldest temple/settlement of human history. Among others obelisks have been found in Hasankeyf, but very likely after an intervention by the Turkish government no further investigations have been done related to this discovery.

In May 12, 2017 the first monument, the Zeynel Bey Tomb, has been “relocated” outside the planned dam reservoir close to new settlement called New-Hasankeyf. This has been consulted by the Dutch company Bresser. This was the second physicial intervention to the cultural assets in Hasankeyf after the ongoing covering of three pillars of the historical bridge with new stones – an irreparable damage. Eight more monuments are planned to be relocated within 2017, Bresser still included. Considering all this “crimes against cultural heritage” of global ourstanding value there is no option to enliven any kind of qualitative tourism, but will only obliterate a history of thousands of years of human life with a project that is neither economic, scientific nor abiding any laws for the protection of historical sights. The Initiative to Keep Hasankeyf Alive states for years that the real conservation of cultural and natural heritage and sustainable development is to support local people in their original environments with a careful developed cultural-natural tourism. Hasankeyf attracts already at least half million visitors each year.

Taking into account the state of emergency in Turkey since July 20, 2016 and the declaration of the greater Hasankeyf area as “special security area” since January 2017 each kind of work in Hasankeyf has become very challenging. Not only engaged individuals, groups or journalists, even tourists are interrogated regularly by police. Some are even taken into custody. Never the conditions have been so bad to criticize this dam project which destroy our homelands for the narrow interests of a government and some companies!

The struggle against the Ilisu Project continues, there will be never a giving up! A new big effort is necessary to stop the ongoing destruction in and around Hasankeyf by the Turkish government. Everybody is encouraged to express it critic to the Turkish government but also to the Dutch company Bresser