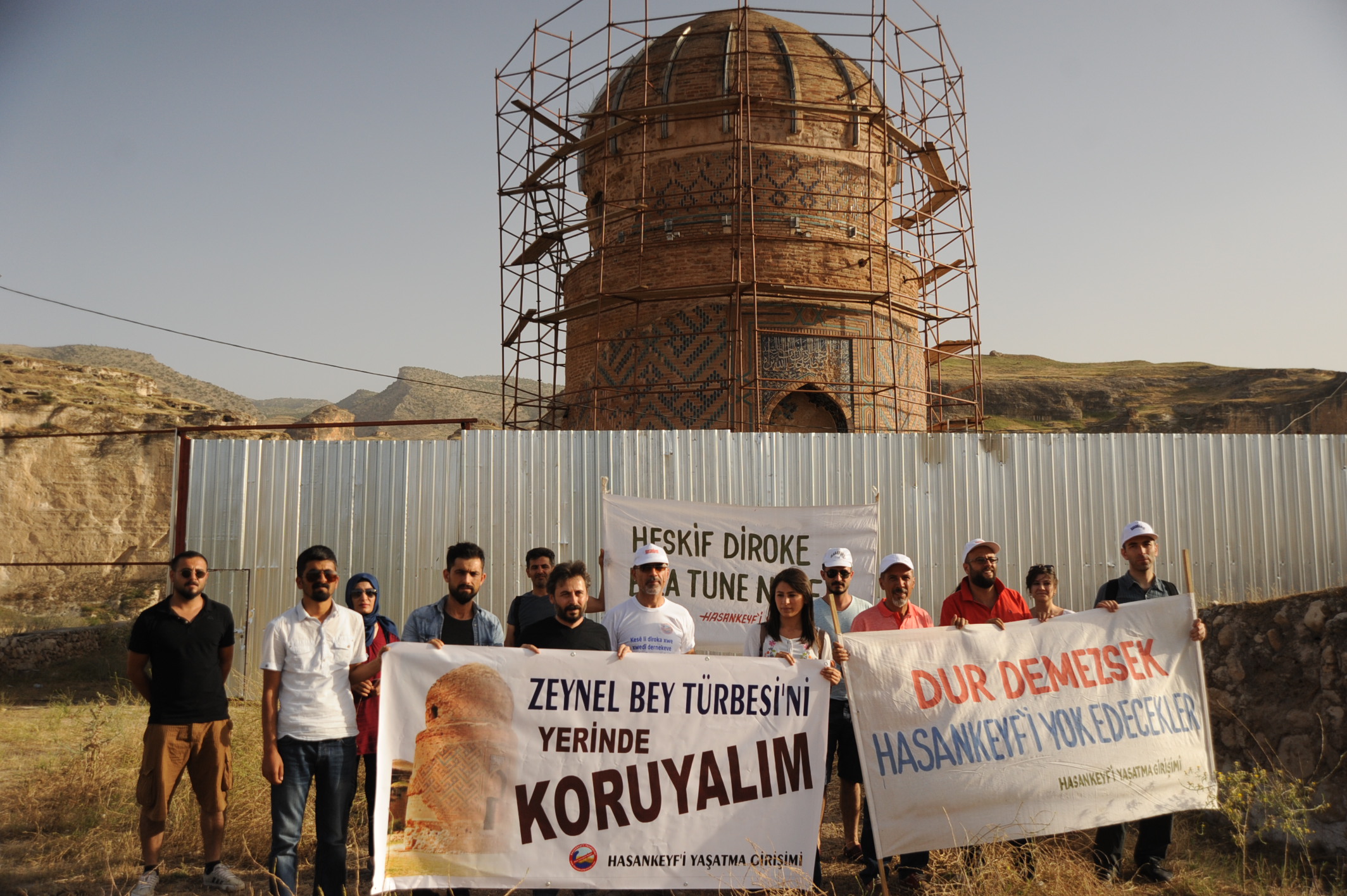 Once again, European companies participate in the destruction of the world heritage city Hasankeyf by the Ilisu dam. A Dutch and a Greek company are planning to provide the necessary technical know-how for the relocation of a 600 year old monument and therewith contribute to the inundation of this ancient city. The Ilisu project directly affects 55,000 people, destroys habitats of thousands of bird, fish and amphibian species (many threatened and endemic), and drowns at least 289 archaeological sites, 199 villages and the ancient city of Hasankeyf – which is deemed as one of the most important architectural and archaeological sites in Europe.

Spearheaded by the der Initiative to Keep Hasankeyf Alive, a coalition of civil society organisation are now protesting in an open letter against this participation of the two companies in the destruction of  a world heritage city. Read the open letter!

Request to withdraw from the relocation of the in Hasankeyf/Turkey

As representatives of civil society organisations working to save Hasankeyf, an ancient city in the predominantly Kurdish southeast of Turkey, we write to urge you to withdraw from the project to relocate the Tomb of Zeynel Bey.

From recent communication with Korres Engineering we understand that  your  companies are jointly providing the technical expertise and capability required to the Turkish company “Er-Bu” for the relocation of the Zeynel Bey Tomb, with Korres Engineering contributing to the planning and Bresser Eurasia in charge of the physical lifting and transporting of the monument. We invite you to meet with us to discuss further the concerns outlined below.

The Zeynel Bey Tomb, built nearly 600 years ago in the late-15th century, is a cultural heritage property of the utmost importance. Removal from its original location would be a tragic loss for all humanity. It would also be the first step in the destruction of Hasankeyf and of the ecosystem of the Tigris Valley, both threatened by the Ilisu Dam and Hydroelectric Power Plant (HEPP) Project.

Your firms’ assistance in the relocation of the Zeynel Bey Tomb provides critical  support to the Ilisu Project, one of the most controversial dam projects in the world and the subject of extensive domestic and international criticism. In June 2009 the Export Credit Agencies (ECAs) of Germany, Switzerland and Austria pulled out of the Ilisu Project – followed by European Banks and most of the companies – due to the extreme impact on cultural heritage, environment and local population. This  decision of the ECAs  was taken after 2 years of intensive research and discussions. The historical significance of Hasankeyf, especially the city’s extraordinary collection of medieval Islamic monuments, played a crucial role in this decision.

If implemented as planned, the Ilisu HEPP Project would flood a 136 km stretch of the Tigris Valley, severely affecting approximately 55.000 people and compromising the habitat of thousands of species, including numerous threatened endemic bird, fish and amphibian species. The area to be flooded includes at least 289 archaeological sites, 199 villages and the ancient city of Hasankeyf. In March 2016, Europa Nostra included Hasankeyf in its 7 Most Endangered programme, describing it as “one of the most important  architectural and archaeological sites in Europe”.

The Zeynel Bey Tomb is particularly important, not least because it is the most widely recognized symbol for the entire region. Reflecting strong Persian and Central Asian influences, the tomb is a poignant memorial to the rivalry between the Ottomans and the Akkoyunlu, a Turkmen Tribal Confederation that preceded the Safavids in ruling Iran. As the only Timurid-style monument in Anatolia, it expresses the overlap between Anatolian and Iranian civilization in Upper Mesopotamia.

We recognize that your firms’ shared values in historical preservation and  your expertise in structure relocation may bring you to this project in an attempt to salvage the monument for posterity. However, we  are concerned that the project may very likely result in grave and irreparable damage. The beauty of the tomb depends largely on the visual interplay of its shape and colour with the cliffs and peaks of the surrounding landscape. To remove this monument from the alluvial plain to a slope where it will stand close to modern structures and a selection of architectural reconstructions is to rob the region of one of its most distinctive and beloved historic buildings. As the value of Hasankeyf’s immovable cultural heritage is inseparable from the wellpreserved medieval urban landscape, a small collection of salvaged elements would have little significance outside their original context.

There are also legal questions about the bidding process by which the lead contractor, Er-Bu Insaat, was selected. In addition, the project has failed to obtain the approval of the regional chambers of architects and engineers (TMMOB), which is a legal precondition of the project. We also believe that  this failure to consult  the public on the decision to move the tomb, the selection of its new location and the vetting and validation of the technical plan for moving the structure contravenes Turkish and European laws and conventions.

We note as well that, in the event that Hasankeyf is spared flooding, this  invaluable cultural landscape has the potential to become a regional centre of cultural and adventure tourism.  This alternative would create thousands of jobs over the long-term, whereas the Ilisu Project promises only 150 jobs over the long-term. This is why there is such overwhelming opposition in the affected region to pursuing such a destructive project.

To continue your involvement in this project, would, in our view, leave Bresser Eurasia and Korres Engineering open to the charge of being party to the destruction of a monument with outstanding cultural value, with consequent reputational risks. We therefore very much hope that you will withdraw.

As stated above, we would very much welcome a meeting to discuss our concerns further.

Ali Al-Kharki, Iraqi Coordinator of the Save the Tigris and Iraqi Marshes Campaign

www.hasankeyfmatters.com (group working on the cultural heritage in Hasankeyf)

www.savethetigris.org (Save the Tigris and Iraqi Marshes Campaign)