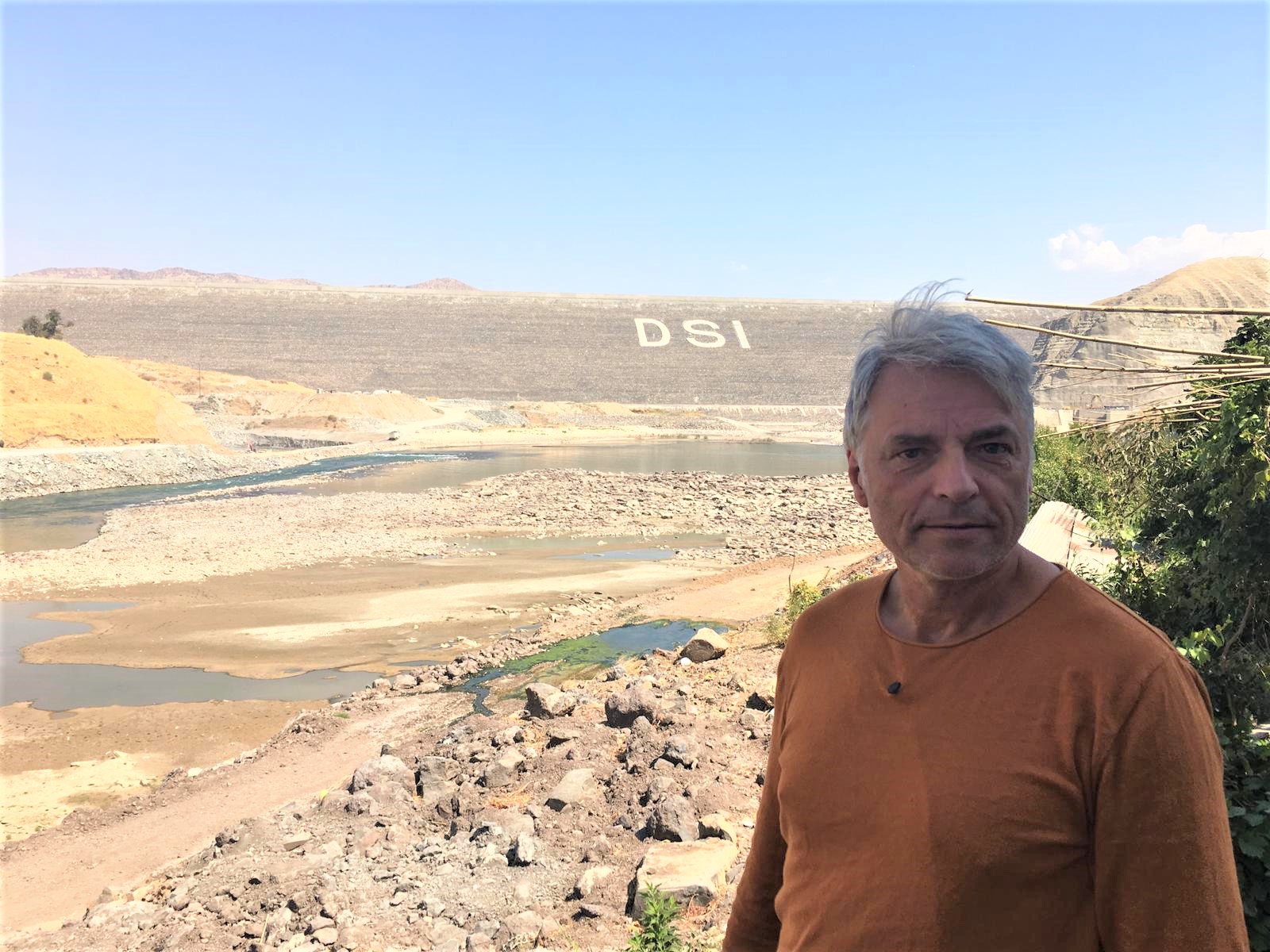 A farewell: My last visit in Hasankeyf

From September 10th to 13th I visited Hasankeyf in Turkey and the Tigris for the very last time. I said my goodbyes to residents, the river, the landscape. One of the most significant regions of humanity will be submerged, in the reservoir of the Ilisu dam.

Even today, two weeks later, I can barely bring myself to put this into writing. It is literally incomprehensible. Incomprehensible, that something like this can happen in the 21st century, despite all our knowledge, international ties, global attention. I’ve been committed to nature conservation for 30 years, saw a lot of destruction, but nothing has ever gotten as much under my skin as what is happening in Mesopotamia right now. As I stand in front of the Ilisu dam, 136-meter-high and 1.8-kilometers-wide, journalists want to know what I feel. A mixture of sadness, frustration and anger. Anger at all those who participate in this project, at the Turkish government, the construction companies like the Austrian Andritz as well as at those who have simply kept quiet. And then the nagging doubt whether I, or we, really did everything in our power to prevent this insanity. What could we have done better? 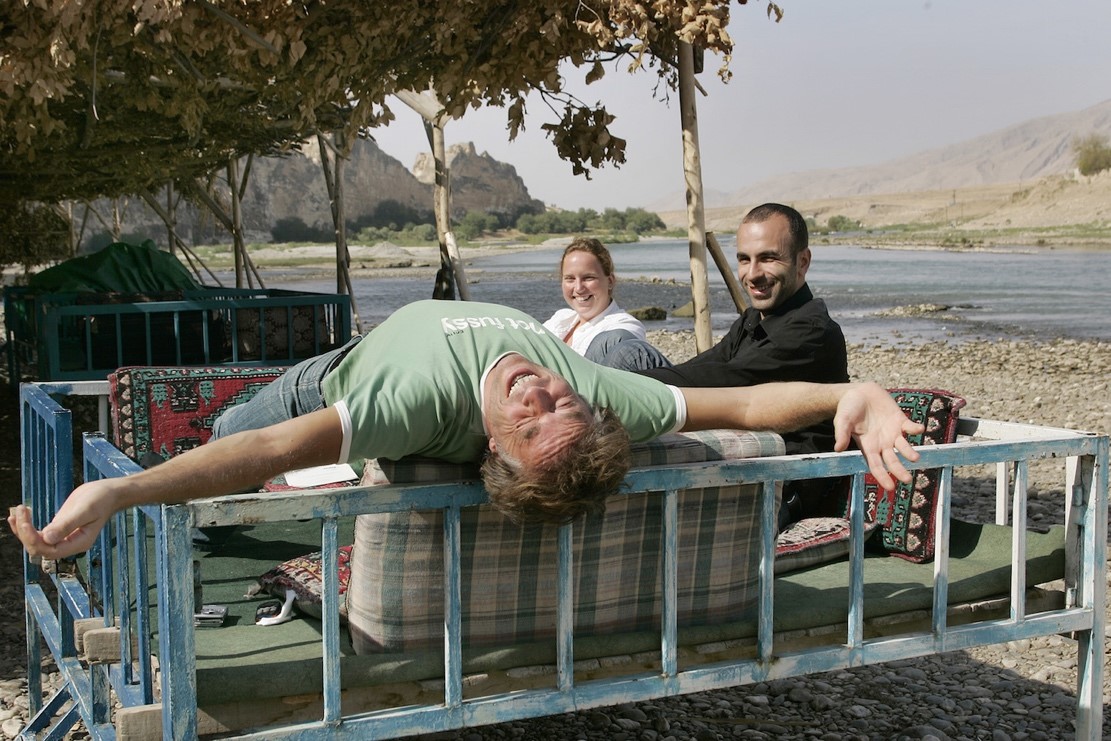 Between 2006 and 2011 I coordinated the international campaign “Stop Ilisu”. First at WWF Austria, from 2007 onwards for the NGO ECA Watch and for the Manfred-Hermsen Foundation (MHS) in Bremen. Without the MHS, the campaign would not have been possible. The Foundation supported “Stop Ilisu” even in times when many others had already turned away. Together with NGOs from Switzerland (Public Eye), from Germany (Gegenströmung), from Turkey (Doga Dernegi and Hasankeyf Girisimi) and many activists, we tried to save Hasankeyf and the Tigris. 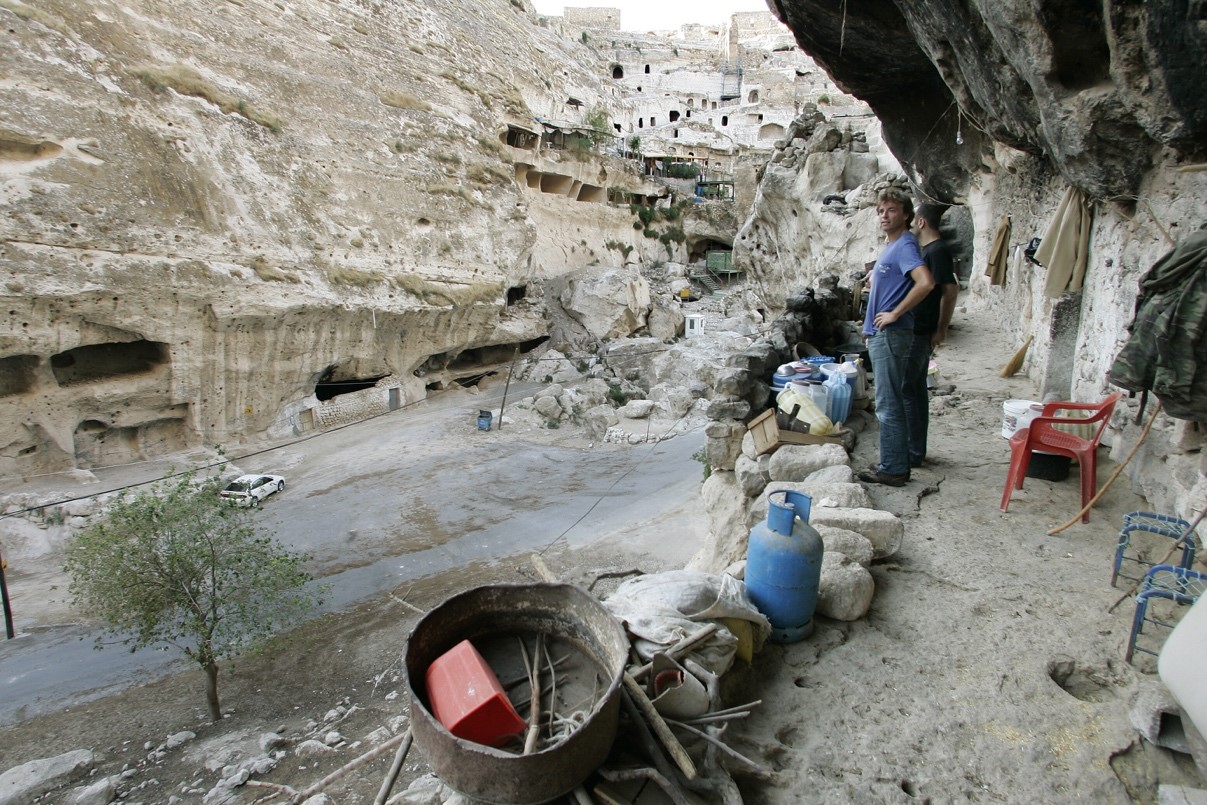 In 2009, everything was looking bright as Germany, Austria and Switzerland cancelled their export credit guarantees and withdrew from the project. European companies and banks involved in the project followed their example. With one exception: the Austrian company Andritz AG stuck with the project.

However, after a brief pause of shock, Turkish president Erdogan continued with the construction. The impoundment of the valley started a few weeks ago.

Upon arriving in Hasankeyf together with some journalists on the evening of September 10th, everything seems the same at first. Business as usual. Men sit by the tea shops and drink Cay. Tourists stroll through the market and trucks blast across the bridge over the Tigris. But on the next morning, the extent of destruction becomes clearly visible.

The almost 1,000-year-old bridge pillars had been encased, Hasankeyf's famous cliff and the canyons with its the hundreds of caves have disappeared behind a huge rampart. 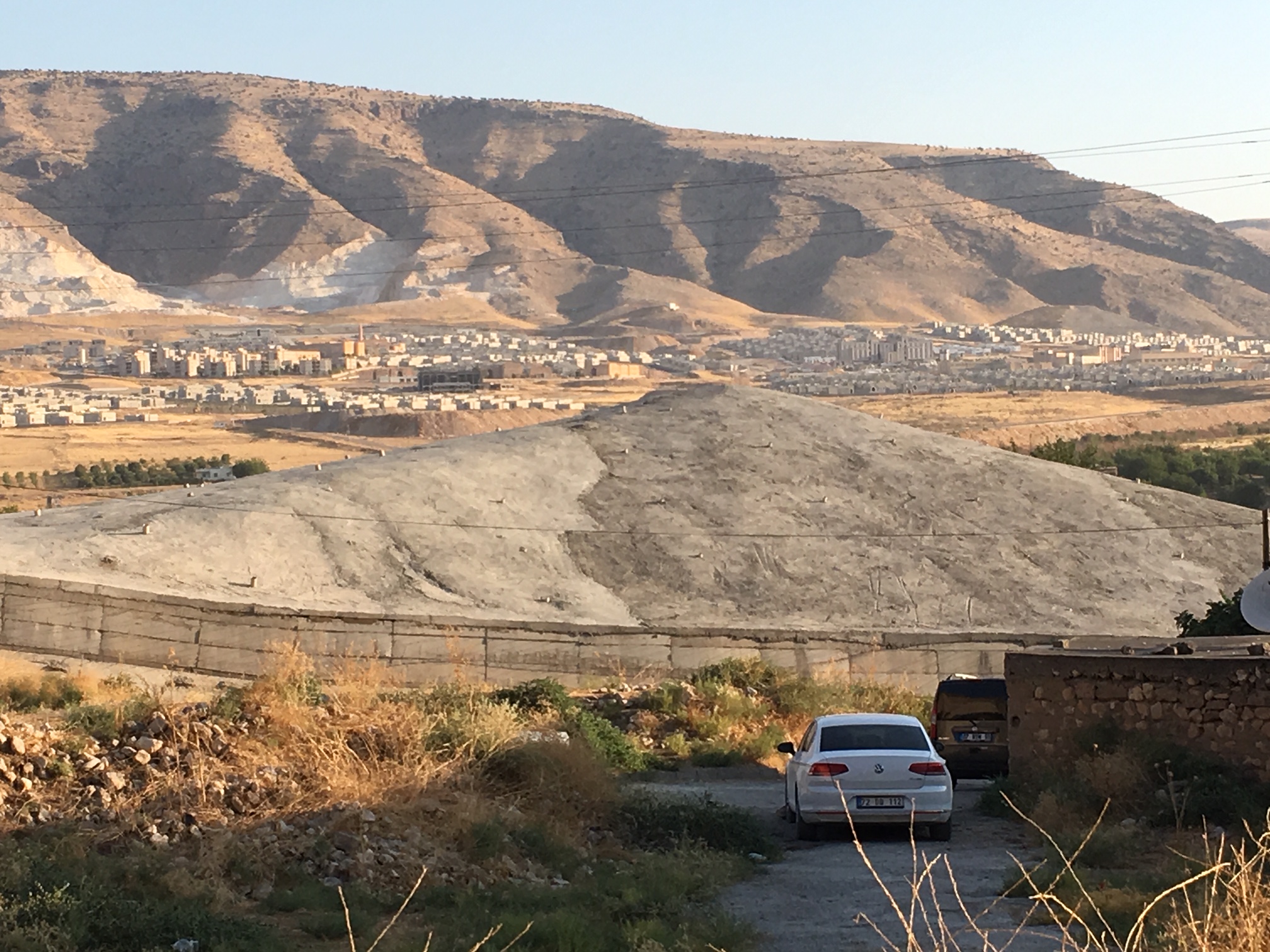 Today, many houses are empty in the village – I don’t know where its residents went. Some ancient buildings, such as the two minarets, were moved to the archeology park in New Hasankeyf. Other areas of the city have disappeared under a sarcophagus, under a concrete casing. Trucks are omnipresent, tearing down houses, dumping earth and stones elsewhere. A massive construction site. 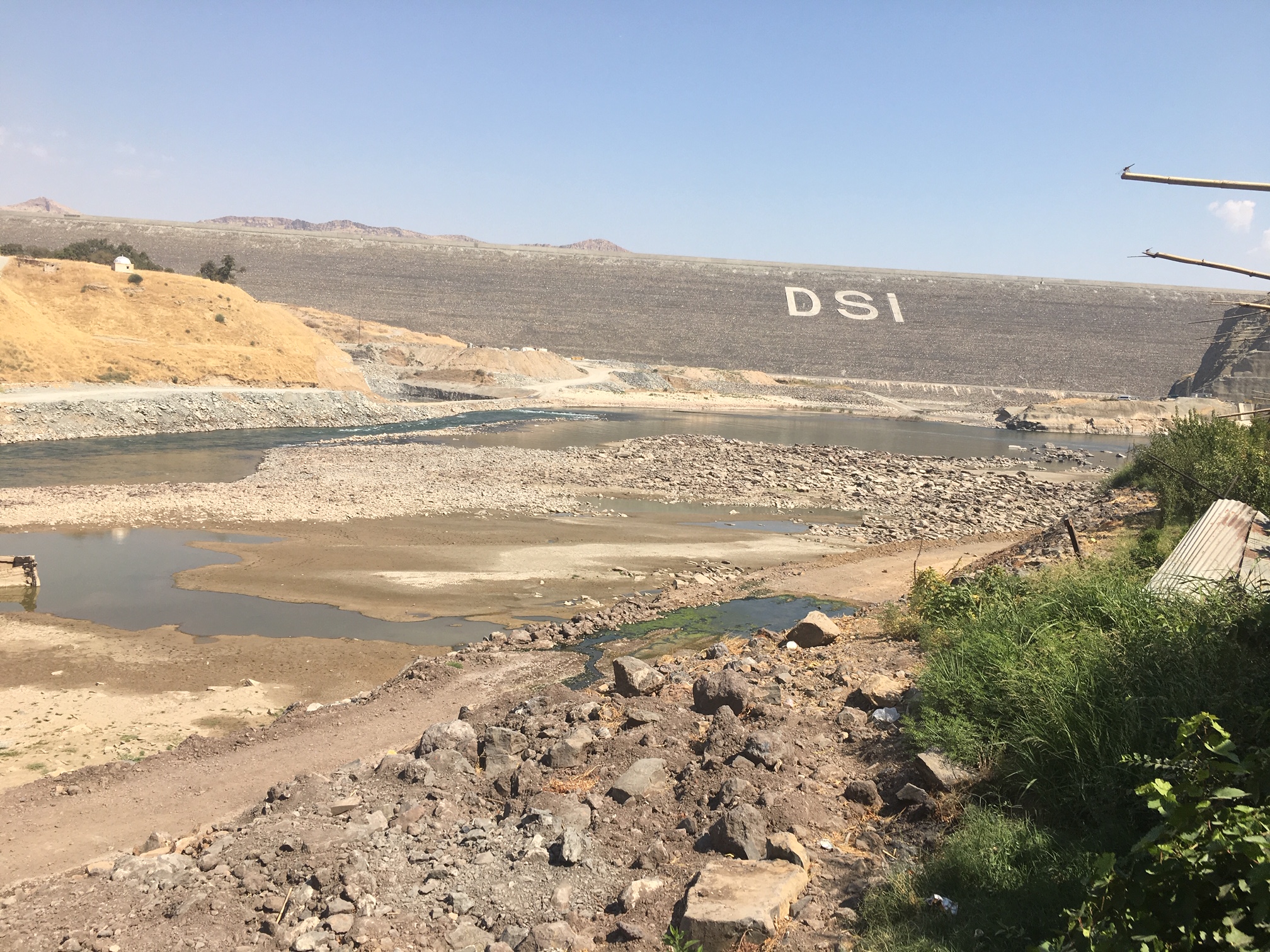 In the beginning, I can’t really grasp the scale. I feel strangely distant. I walk through Hasankeyf, recognize residents here and there, hugs, small talk, good food in restaurants, beers in the evening with the journalists.
But in the next few days it is really getting to me. Especially when we drive to Ilisu, to the dam, in the ARD car on September 12th. All Upper Mesopotamia is put upside down. New roads, bridges, military posts, etc. as far as the eye can see. An orgy in concrete and asphalt. As we eventually stand at the dam wall, higher than the St. Stephen's Cathedral in Vienna, another consequence of Ilisu becomes painfully evident: only a trickle comes out of the dam, the rest of the Tigris water is held back by the dam wall. 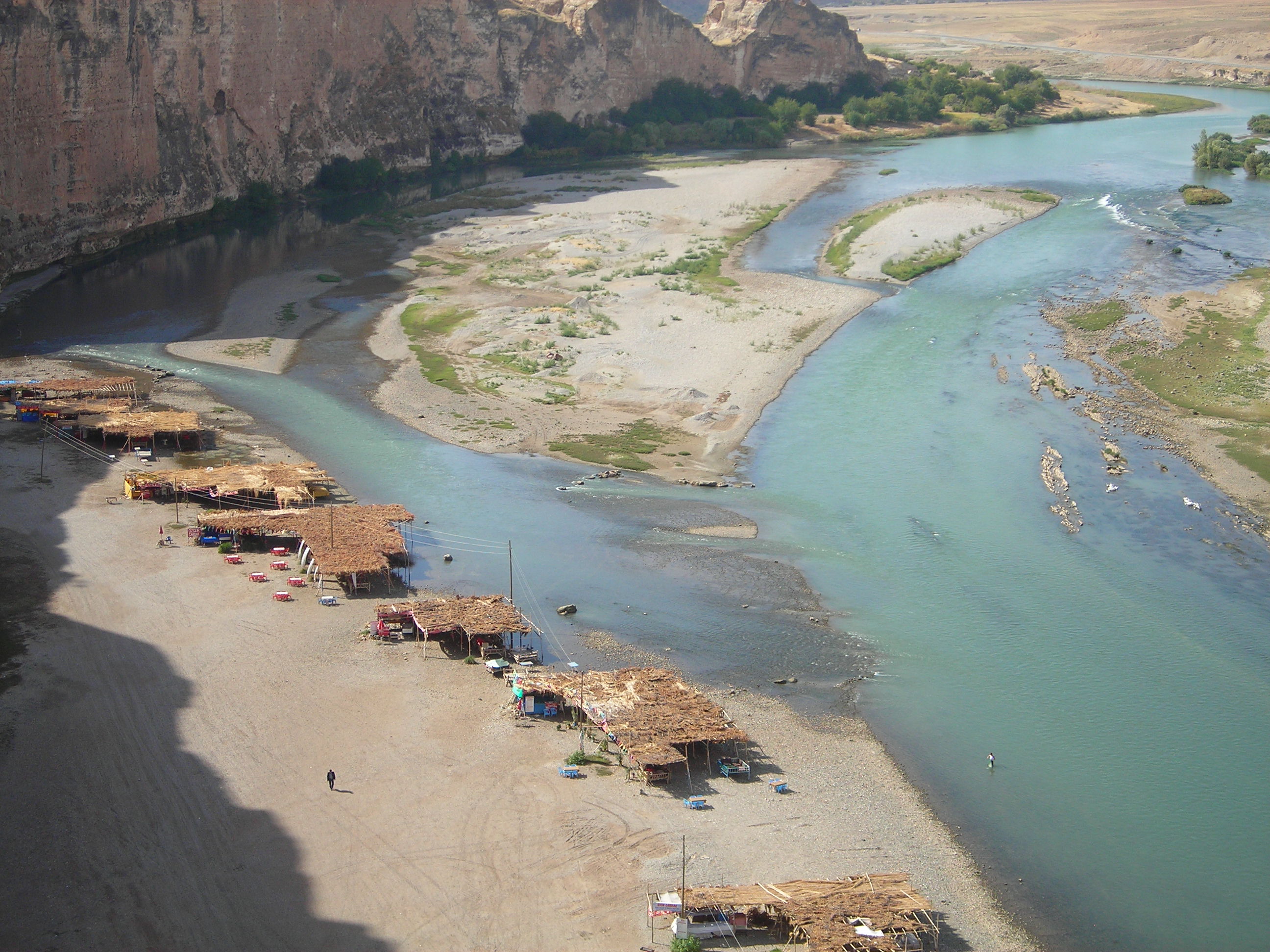 It will take between half a year and a whole year for the reservoir to fill up to its final size, depending on how much water the Tigris will carry. A total of 1,400 km of rivers will be destroyed, 400 km of which will be impounded (Tigris and tributaries). 1,000 km downstream, the Mesopotamian marshes in southern Iraq – the cradle of civilization – will dry up, as Ilisu holds back floods, especially in spring. These flood waters are vital to the marshes. Nobody knows how many animal species will go extinct, because no biological survey, no Environmental Impact Assessment, has ever been conducted for the Ilisu project. However, the Leopard Barbel and the Euphrates softshell turtle are likely to become extinct, and with them many others.
About 60,000 people are losing their homes, 199 villages and settlements are to be drowned. New settlements are being built, but not everyone will be able to afford to live there. Many will end up in the slums of Diyarbakir or try to emigrate.

Even those who can afford moving to New Hasankeyf will be faced with a very different life, one without the familiar social community, without neighbors, friends, relatives. Moreover, the soil is barren and stony, hardly anything grows in New Hasankeyf.

On Thursday evening I walk through Hasankeyf for the very last time, say goodbye to Ömer and many others in the village. Then, from the bridge, I say my farewells to the Tigris. After 10,000 years of history, everything is being destroyed – in the name of an allegedly renewable and clean form of energy. I feel like crying and throwing up at the same time.

On Friday, the 13th of September, I fly back to Vienna. The following weekend I spend at home, I fall sick. To this day, I wasn’t able to digest my feelings of despair. We gave a lot in the campaign, but evidently not enough. We have lost. But not only us, who were actively fighting against the Ilisu project, but everyone has lost. For Hasankeyf and Mesopotamia mean to cultural history of the world what the Amazon rainforest means to the ecology of our planet. It is a world heritage; it belongs to all people. At least, it used to belong.

On October 8th, the market street in Hasankeyf will be leveled to the ground, houses will be torn down and the bridge over the Tigris will be closed. And then, the waiting for the water begins. We are losing the world.

Is it possible to learn something from the Ilisu case? Even with some distance and the experience of 30 years of professional work in nature conservation, I find it difficult. But one thing is clearer than ever to me: We should and we must be angrier and act more intensely against those who destroy our world. How dare you!