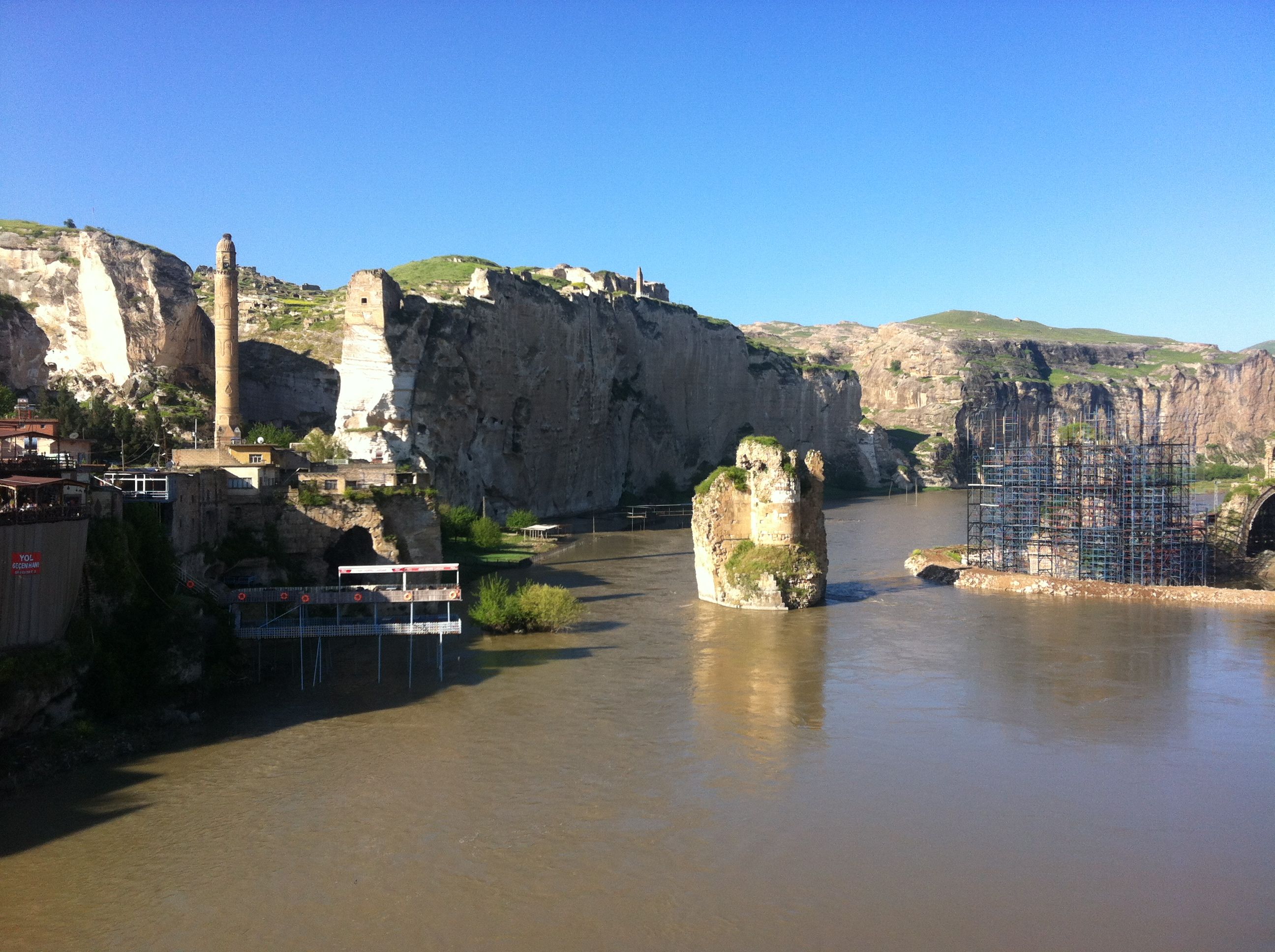 The Hague / Luxembourg, 10 December 2015 - Europa Nostra, the leading European heritage organisation, and the European Investment Bank Institute announce today the 14 monuments and sites shortlisted for ‘The 7 Most Endangered’ programme 2016 by an international panel of experts in various fields. These endangered landmarks from 14 European countries are: Archaeological site of Ererouyk and village of Ani Pemza, Armenia; Palace of Justice in Brussels, Belgium; Patarei Sea Fortress in Tallinn, Estonia; Helsinki-Malmi Airport, Finland; Colbert Swing Bridge in Dieppe, France; Castle in Divitz, Germany; Kampos of Chios, Greece; Venice Lagoon, Italy; Castle Rijswijk, the Netherlands; Y-block in Oslo, Norway; Valflores Palace and Estate, near Lisbon, Portugal; Convent of St. Anthony of Padua, Extremadura, Spain; Ancient city of Hasankeyf and its surroundings, Turkey; and Mavisbank House, near Edinburgh, the United Kingdom. Some of these sites are in danger due to neglect or inadequate planning/development, others due to lack of resources or expertise. The final list of 7 sites will be unveiled at a public event in Venice on 16 March.

The 14 shortlisted monuments and sites were selected taking into account their outstanding heritage and cultural values as well as the grave danger that they are facing. The commitment of various public and private stakeholders and the engagement of the local communities to rescuing those sites were also considered essential. Another important criterion was the potential of these sites to serve as a resource and a driver of sustainable development for the wider region in which they are located.

Nominations for ‘The 7 Most Endangered’ programme 2016 were submitted by civil society or public bodies which form part of Europa Nostra’s vast network of member and associate organisations from all over Europe. Fourteen sites were shortlisted by a panel of experts in History, Archaeology, Architecture, Conservation, Project Analysis and Finance. The final list of 7 sites will be selected by the Board of Europa Nostra. ‘The 7 Most Endangered’ programme was launched in January 2013 by Europa Nostra with the European Investment Bank Institute as founding partner and the Council of Europe Development Bank as associated partner.

Ancient city of Hasankeyf and its surroundings, TURKEY The 12,000-year-old settlement of Hasankeyf is located on the banks of the Tigris River in south-eastern Turkey. From Neolithic caves to Roman ruins and Medieval monuments, Hasankeyf is a living museum of epic proportions. Despite its exceptionally rich multicultural history and heritage, 80% of Hasankeyf will be flooded if the Ilısu hydroelectric dam project is implemented as planned. There is no internationally recognized scheme for the relocation and preservation of the monuments. The most urgent actions required are to alter the Ilısu Dam project and to formulate an independent strategic plan that balances conservation and sustainable development. Hasankeyf was nominated for ‘The 7 Most Endangered’ 2016 by the Cultural Awareness Foundation whose campaign is supported by a range of national and international bodies.

If Hasankeyf is designated as one of Europe’s 7 Most Endangered sites, heritage and financial experts from Europa Nostra and the European Investment Bank Institute, working in close cooperation public and private stakeholders representing local and national interests, will assess the site and, taking into consideration the investments that have already been made in the area’s development, help formulate a feasible action plan for conserving Hasankeyf and its invaluable universal heritage.

Both in its geography and its philosophy, Hasankeyf sits in the heart of a region, a world, struggling to find its way forward. It is important, especially today, to remember that Hasankeyf is a kernel of peace. Visitors feel a sense of calm and tranquility as soon as they arrive, and locals are proud of the fact that their town has avoided the violence that has plagued the region for decades.

It is hoped that this report will contribute to an ongoing discussion of theories and methods of heritage conservation among leading conservationists, government decision-makers, and other stakeholders in Turkey.