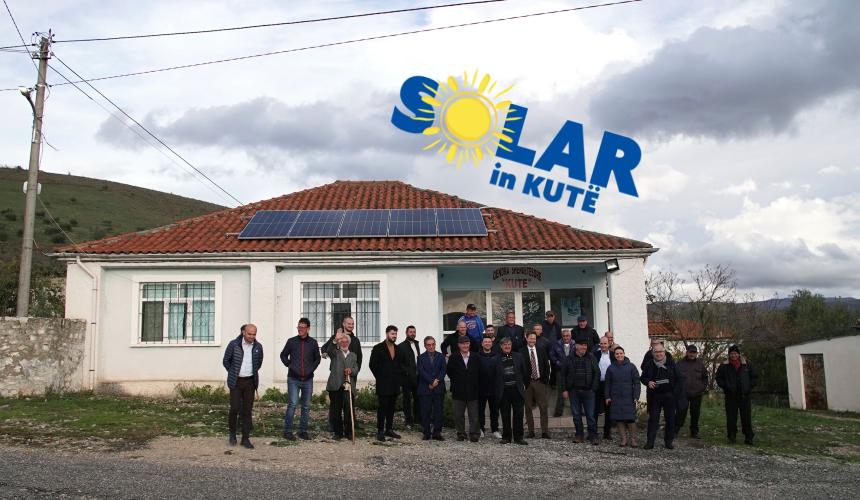 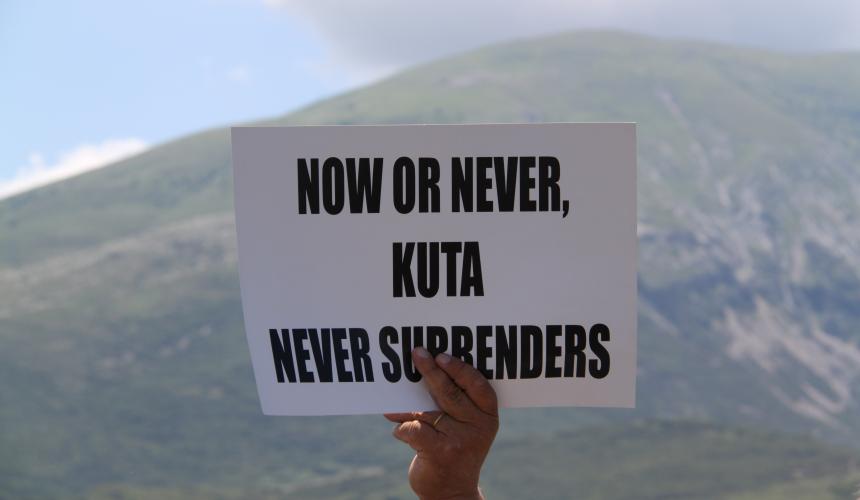 Solar in Kutë: The first community project in Albania for the production of solar energy starts

After a fundraising campaign, solar panels are installed on the rooftops of public buildings and streets of Kutë village as an alternative to hydropower plants for the benefit of the local community and environment

Today the inauguration ceremony of the project “Solar in Kutë” took place in the village of Kutë, Mallakastër, Albania. Representatives from the Municipality of Mallakastër, the Embassy of the Switzerland, EcoAlbania and the residents of Kuta attended the event. The Solar Project in Kutë is an innovation project in Albania as it is the first community project for the generation of solar energy by installing an independent power generation system to supply electricity to the five public buildings of the village: Health Center, School, Culture Center, Administrative Unit and street lights.

“Solar in Kutë is a successful initiative launched by EcoAlbania and its international partners Euronatur and Riverwatch in 2020. The initiative raised funds for the implementation of the solar energy in Kutë village - one of the communities of the Vjosa valley that would be affected by the Poçem hydropower plant. We came up with the idea of making Kutë village solar powered to give the strong message that the local communities can find less harmful alternatives to produce their energy,” said Olsi Nika, Executive Director of EcoAlbania.

After more than one year of fundraising, including crowdfunding, the Solar in Kutë project has now been implemented and will officially start producing energy after the inauguration event. This will power the community with solar energy in Kutë as an alternative to hydropower and serve as a shining example for other communities and villages in Albania.

“I am glad that our strong partnership with civil society represented by EcoAlbania, community of Kutë and the municipality of Mallakatra has implemented modern techniques like rooftop Photo Voltaic panels and produced clear and tangible benefits for the citizens and the environment. These benefits include lower energy cost, reduced carbon emissions and pollution, better quality of life and more attractive villages. We believe that the initiative of Solar in Kutë village has created the first inspiring model of community owned energy in Albania to be followed by other communities and municipalities,” said Deputy Head of Mission of Embassy of Switzerland in Albania Patrik Meier.

The Municipality of Mallakastër and the residents of Kutë village are the direct beneficiaries of the Solar in Kutë project, while the project will serve as a good example for other communities in Albania. "Thanks to the cooperation between the Municipality of Mallakastër and EcoAlbania with the support of the Swiss Embassy and other donors, this investment was made possible in the village of Kuta. The Vjosa River as an internationalized asset, thanks also to EcoAlbania’s work should produce well-being for the inhabitants living here, maintaining the balance with nature. I think that the best option to develop this area is the development of environmentally friendly activities, like river sports and other public and tourist enterprises which are environmentally friendly", said Zamir Malasi, Deputy Mayor of Mallakster.

“By using the rooftop areas of the village, we are aiming to change the village’s future from the question-mark of its existence toward building an environmentally friendly and economically viable model of renewable energy community” added Olsi Nika.