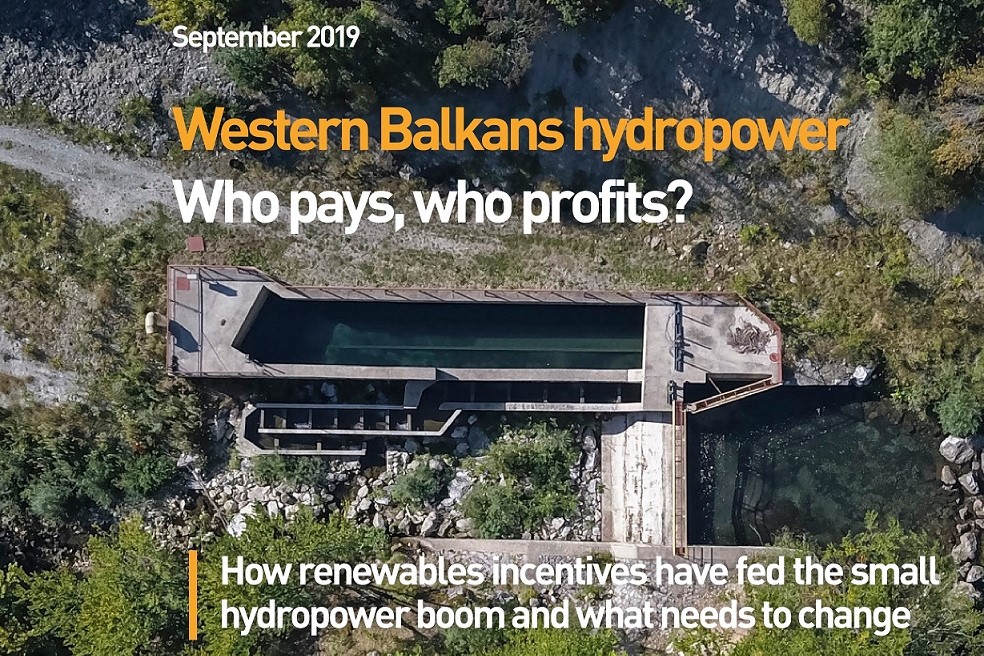 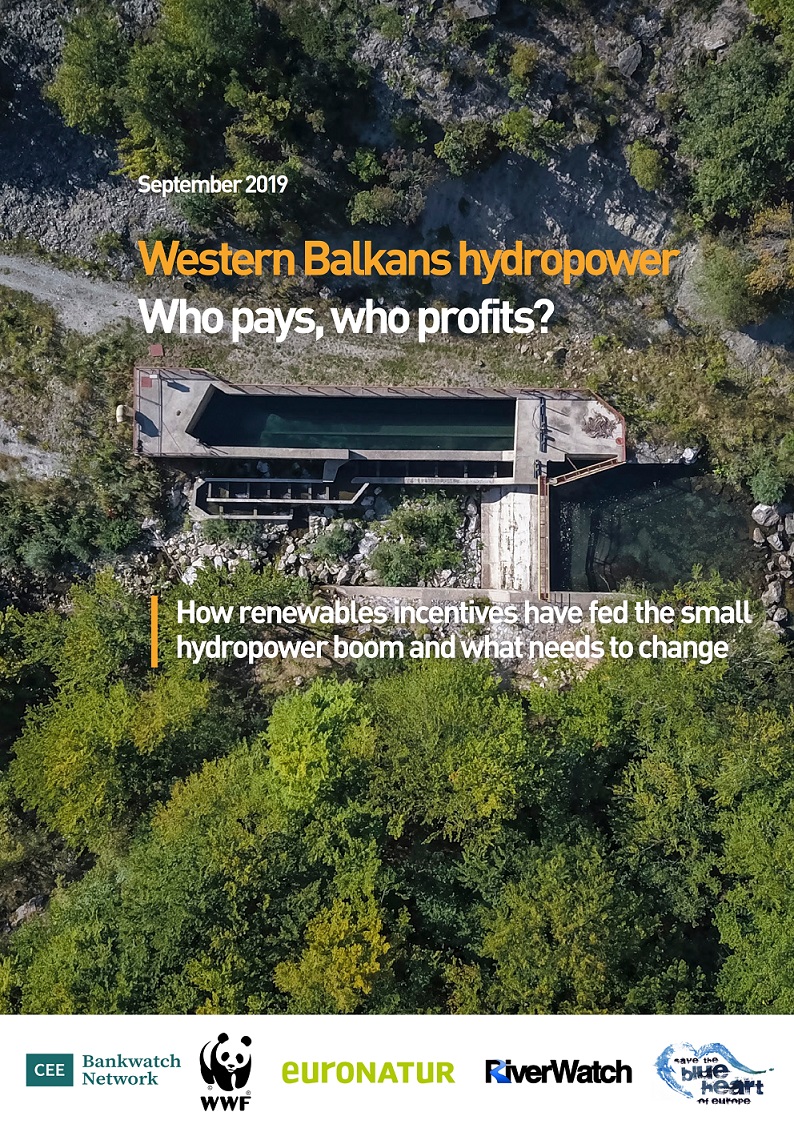 ++ Disproportionate public subsidies for small hydropower in the Western Balkans have resulted in widespread environmental damage and have benefited wealthy business people close to or part of the region’s governments, with little benefit for electricity generation, finds a new study released today by CEE Bankwatch Network. ++

The report is available here

Brussels, Radolfzell, Vienna, Prague, Zagreb. September 26th, 2019 - Fuelled by generous state-sponsored feed-in tariffs that contradict EU guidelines on state aid for environmental protection and energy, the number of hydropower plants under 10 megawatts in Albania, Bosnia and Herzegovina, Kosovo, Montenegro, North Macedonia and Serbia quadrupled from 108 to at least 488 between 2009 and 2018.

Whilst the speed of development on solar and wind power projects has been glacial, in 2018 no less than 70 per cent of renewable energy incentives awarded in the region benefited small hydropower. Despite this support, small hydropower only generated 3.6 per cent of total electricity.

This boom in small hydropower has also caused public outrage across the region as rivers and streams, often in ecologically valuable and protected areas like the Stara Planina Nature Park in Serbia and Valbonë Valley National Park in Albania, have been dammed and put into derivation pipes, leaving riverbeds dry and the communities who depend on them without vital sources of water.

The incentive schemes have lost credibility among the public by benefiting well-connected business people. For instance:

Pippa Gallop of CEE Bankwatch Network and lead author of the report, said: “It is high time to end hydropower subsidies in the Balkans. Perceptions that these schemes benefit the wealthy and fuel environmental damage endanger public acceptance of the whole transition to a sustainable and efficient energy system. Those countries which have not done so urgently need to switch to more transparent schemes based on auctions and premiums to ensure affordable and proportionate incentives.”

Ulrich Eichelmann, CEO of Riverwatch, said: “The subsidies for hydro are the major driver of ecological destruction and social conflicts in the region, and worst of all, without generating a noteworthy amount of energy.  Governments need to end incentives for mature technologies such as hydropower. Only technologies which are still developing and whose costs are expected to fall further, like solar and wind, need support.”

Petra Remeta, Conservation programs director of WWF Adria, said: “The fact is that the  Western Balkan countries have committed to apply EU subsidies rules by signing the Energy Community Treaty and Stabilisation and Association Agreements with the EU, so we call on the European Commission and the Energy Community to make sure this really happens. These rules include sustainability conditions and would help to stop subsidies for the environmental destruction of European rivers”.

Gabriel Schwaderer, Executive Director of Euronatur, said: “Existing feed-in tariff contracts for small hydropower plants need to be reviewed as they are valid for several more years. Any which granted incentives without all the legal conditions being fulfilled or for which the environmental permits have expired must be cancelled.”

Selected NEWS REPORTS on this topic