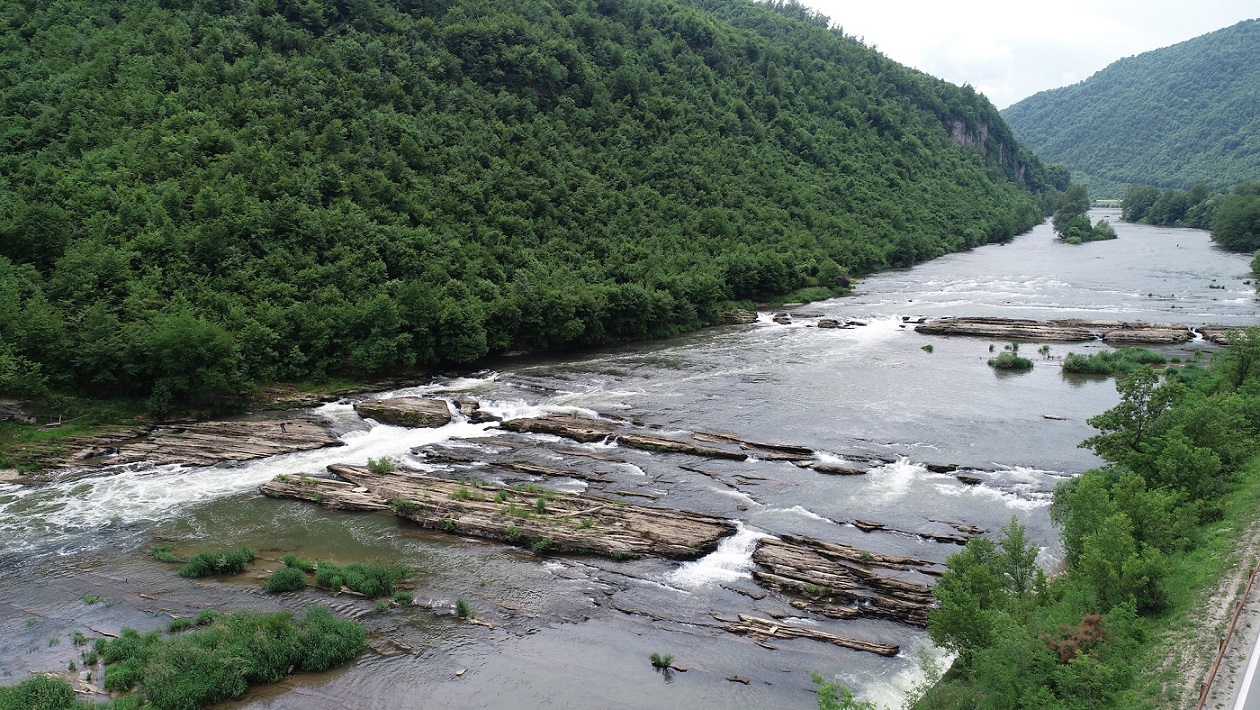 The German development bank KfW has today confirmed that it has dropped plans to finance the controversial Janjići hydropower plant on the river Bosna in Bosnia and Herzegovina. (The project information on KfW’s website is available HERE)

A EUR 30 million loan agreement between KfW and public utility Elektroprivreda Bosne i Hercegovine (EPBIH) was signed in 2014 for the 15.75 MW Janjići plant. The plant would entail a 16 m high dam and would flood a picturesque section of the river with a series of rapids upstream from Zenica.

The stretch is highly valued by local people and fishermen and provides habitat to protected species such as otters and at least 15 fish species of European importance, including the endangered Huchen. The hydropower plant would represent the first major barrier that would stop fish migration all the way from the Danube, through the Sava and Bosna rivers up to Sarajevo.

“A year after filing a complaint to the bank, we welcome this decision. We would like to express our gratitude to our friends from other NGOs who helped us in this campaign. The next step is to erase the powerplant from the spatial plan, and Eko Forum has already submitted an initiative to the Cantonal Ministry for Spatial Planning” said Samir Lemeš from the local initiative Eko Forum Zenica.

“This is a very promising step by Germany´s KfW and wonderful news for the Bosna river and the people who live along it. However, we will remain vigilant to ensure that no other financier backs the project”, said Ulrich Eichelmann from Riverwatch.

"This decision is remarkable because KfW is increasingly withdrawing from financing hydropower, which we very much welcome. This also takes into account the fact that hydropower leaves behind enormous damage to nature and the livelihoods of local people", says Annette Spangenberg, Head of Nature Conservation at the German foundation EuroNatur.

"The river Bosna is the river after which our country is named. It has indescribable value for all of us. It was completely insane that an attempt has been made to destroy it by building the Janjići hydropower plant despite public opposition and contrary to domestic and international environmental laws. I feel deeply about every illegal attack on the environment in BiH, especially this one, because the river Bosna is part of my identity. I am very grateful that KfW decided to act responsibly", added Emina Veljović from the Aarhus Center.

"We welcome this decision of the bank, which presumably has noticed the irregularities in the process of issuing the concession, and we expect the competent ministry to do the same”, said Jelena Ivanić from Center for Environment.

“The Janjići hydropower plant is clearly not in line with KfW's standards, as the beautiful rapids and islands of the river Bosna were going to be flooded beneath a 3-km long reservoir. After this decision by KfW, the government must take steps towards the long-term protection of this and many other unique Bosnian rivers”, said Andrey Ralev, Biodiversity Campaigner at CEE Bankwatch Network.