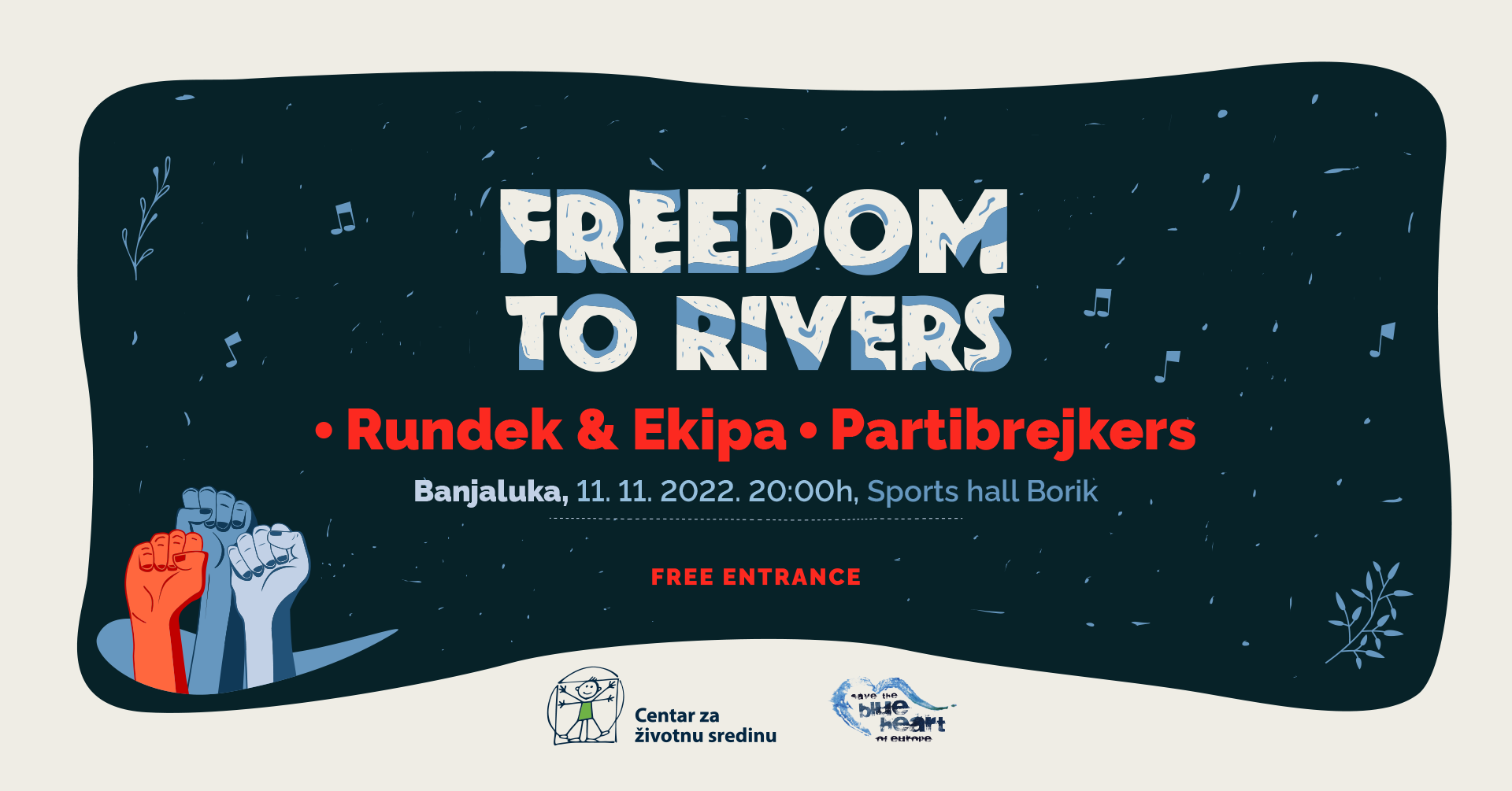 The "Freedom to the Rivers" concert for the preservation of the rivers of the Balkans, featuring Partibrejkers and Darko Rundek & Team will take place on

in the Borik Sports Hall in Banja Luka

The concert, which was postponed in September due to bad weather, is organized by Bosnian Blue Heart partner Center for the Environment within the framework of the campaign.

Darko Rundek and Zoran Kostić Cane (Partibrejkers) are one of the first artists in the region to raise their voices to save the rivers of the Balkans and join the campaign “Artists for Balkan Rivers” aimed at spreading awareness of the alarming plans to build over 3,000 small hydropower plants on rivers in the wider Balkans, of which over 400 are planned or are already under construction in Bosnia and Herzegovina. Watch their statements in these videos:

In the last year, significant progress has been made when it comes to the protection of rivers in the entire territory of Bosnia and Herzegovina. At the beginning of August of this year in FBiH, the Law on Amendments to the Law on Electricity in FBiH entered into force, suspending the issuance of energy permits for small HPPs up to 10 MW, without which these facilities cannot legally be built. In February of this year, the National Assembly of the RS adopted a new Law on Renewable Energy Sources, which no longer provides for incentives for hydropower plants with a capacity of more than 150 kW, and enables citizens to produce renewable energy for their own needs.

"Positive progress has certainly been made, but our rivers are still threatened by numerous harmful projects, many of which were started before the adoption of these laws. We must be ready, stand together in defense of our common goods and waters that mean life for the entire planet. For this reason, support for such events is of great importance and we hope that on November 11 we will show that we are all united in this fight", said Jelena Ivanić from the Center for the Environment, coordinator of the Save the Blue Heart of Europe campaign in BiH. "This concert was postponed twice, last year due to the worsening of the epidemiological situation in Bosnia and Herzegovina, and this year in September due to bad weather. We hope that this third time’s the charm and that nothing will prevent us from finally holding this long-announced concert. We invite people to join us and enjoy good music, and at the same time point out the need to protect our rivers".