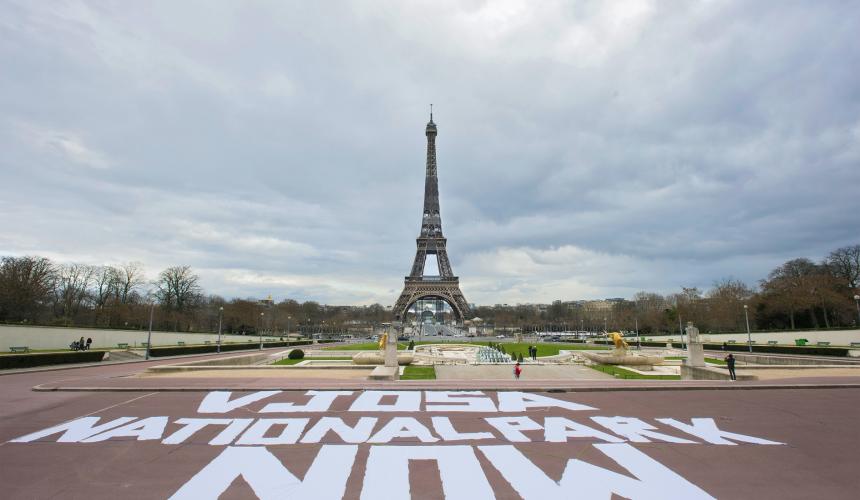 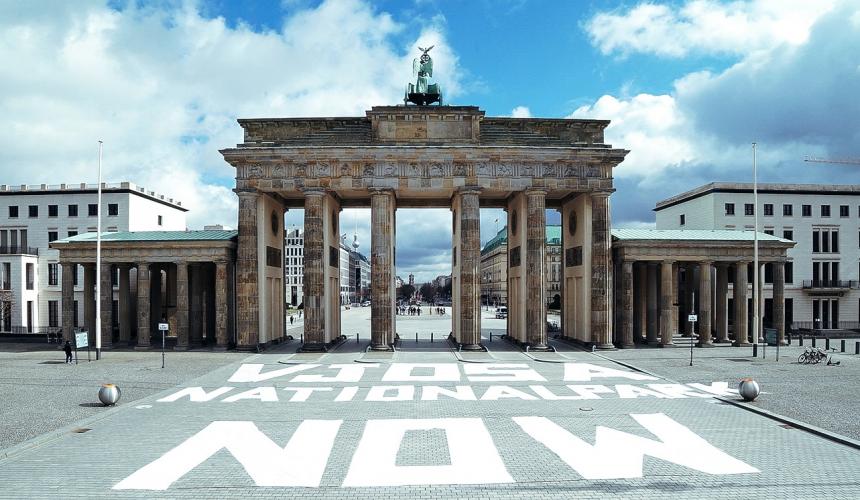 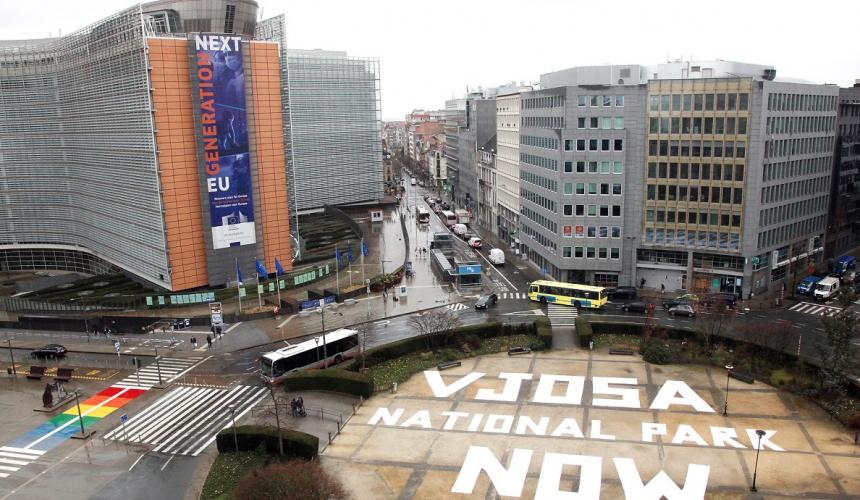 Paris, Brussels, Berlin, Tirana - March 22, 2021 - On the occasion of this year’s World Water Day, today, several NGO’s released a series of photos capturing the words Vjosa National Park Now cloaking the foreground of globally recognised monuments in Paris, Berlin, Brussels, and Tirana. The activists behind the visual action are targeting the attention of European and Albanian politicians, urging them to declare the Vjosa in Albania Europe’s first Wild River National Park. The historical designation is of international significance as it would safeguard 300km of rivers and streams, host to over 1,100 species, many of which are threatened.

In September 2020, Albanian Prime Minister Edi Rama announced his intent to make the Vjosa a national park. However, the government has not taken any clear steps towards this designation. Plans submitted by the Albanian National Agency of Protected Areas include only minimal protection for the Vjosa, risking future hydropower construction, and falls far short of the protections inherent in a national park designation.

Olsi Nika, director of EcoAlbania, states: “We purposefully chose these cultural heritage sites for this action as they are comparable to how we value the Vjosa in Albania. It is unimaginable to destroy these monuments in Europe’s capital cities, so why would we think differently about our pristine river that has been a part of our cultural history for thousands of years? Just ahead of the elections in Albania, we are demanding that our national government protect the Vjosa and that leading EU politicians support this initiative.”

A recent opinion poll indicated that 94 per cent of Albanian people favour establishing the Vjosa as a national park. The Vjosa National Park Now campaign has also received international support from the Awardees of the Right Livelihood Award who recently wrote an open letter to political leaders in Albania and the EU to protect the Vjosa and from celebrities like Leonardo DiCaprio.

On 4 March, the EU Committee on Foreign Affairs voted to include the Vjosa in the Albanian Progress Report 2021. According to the draft report, the EU institution urges the Albanian government to stop hydropower development along the Vjosa River and “...to establish as soon as possible the Vjosa National Park, covering the whole length of the river.”

Ulrich Eichelmann, CEO of RiverWatch, says: “There are three major reasons why we need a Vjosa National Park. First off, a national park designation offers the best protection for the river and its biodiversity. Anything other than this designation would keep the Vjosa vulnerable to future developments. Secondly, it would create a substantial income for locals from eco-tourism. And lastly, it would attract international funding to plan and operate the park. No other protection category offers those benefits.”

Across Europe, freshwater habitats are deteriorating faster than any other habitat type and are the world’s most threatened ecosystems. In Europe, there is a 93% average decline in freshwater migratory fish species, in part due to habitat destruction. This is a unique chance to place a high value on this biodiversity hotspot by preserving this intact river to benefit people, the climate, and the planet.

Annette Spangenberg, Head of Conservation at EuroNatur, adds: “This is an unparalleled opportunity to set an example within Europe and the world. Preserving this river, in its entirety, sets a new standard for what is possible in nature protection.”

Notes to the Editor