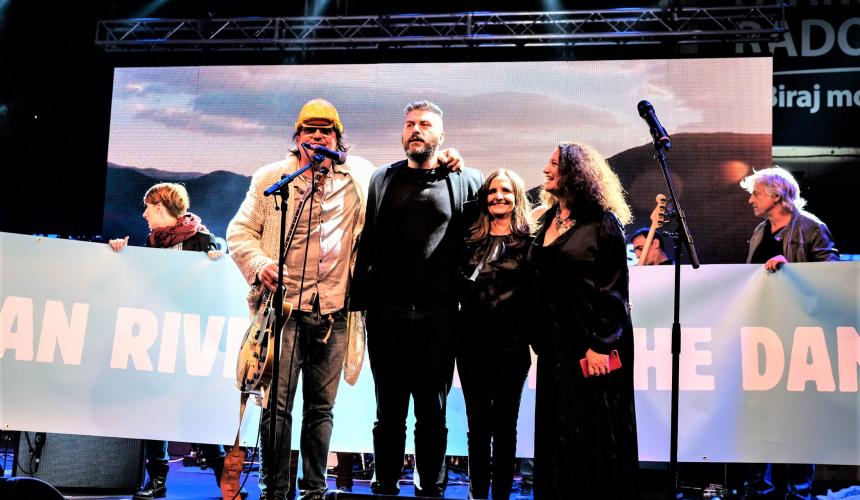 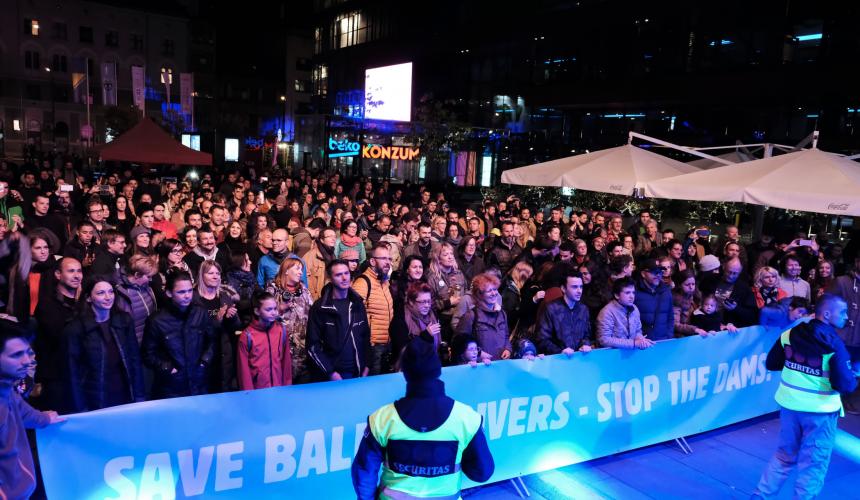 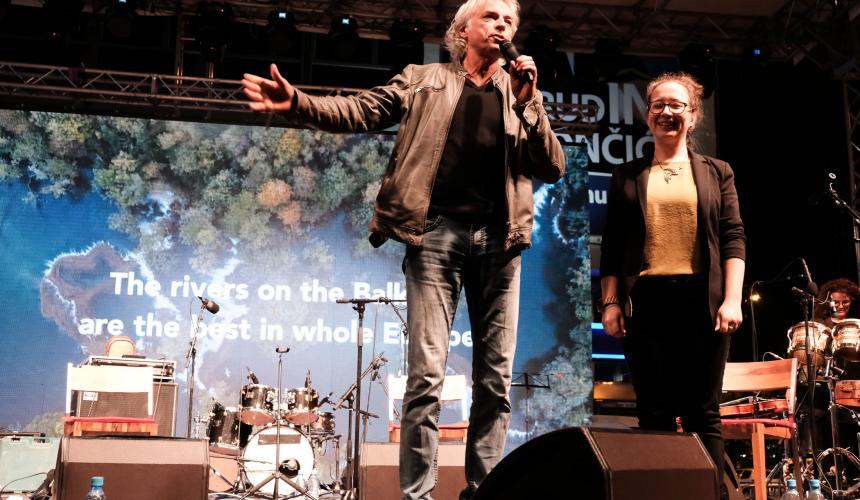 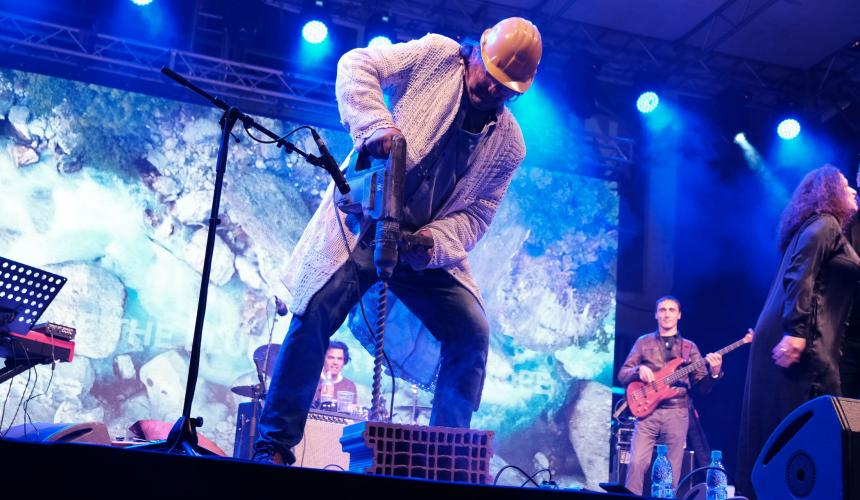 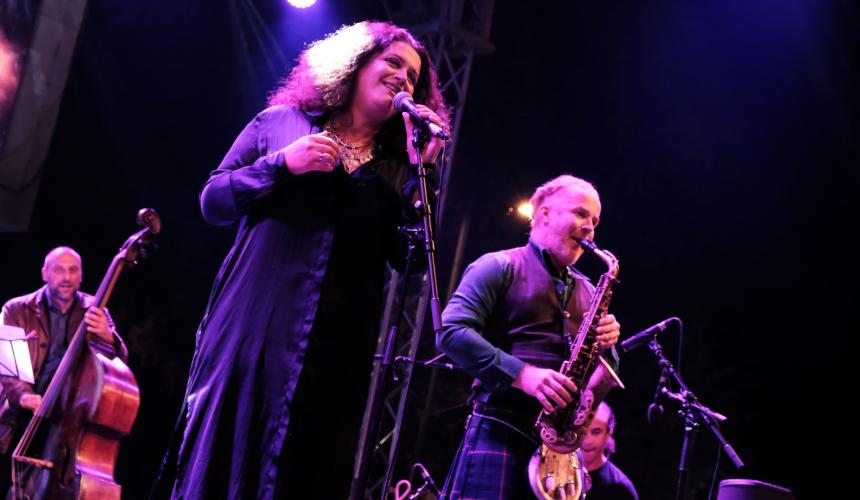 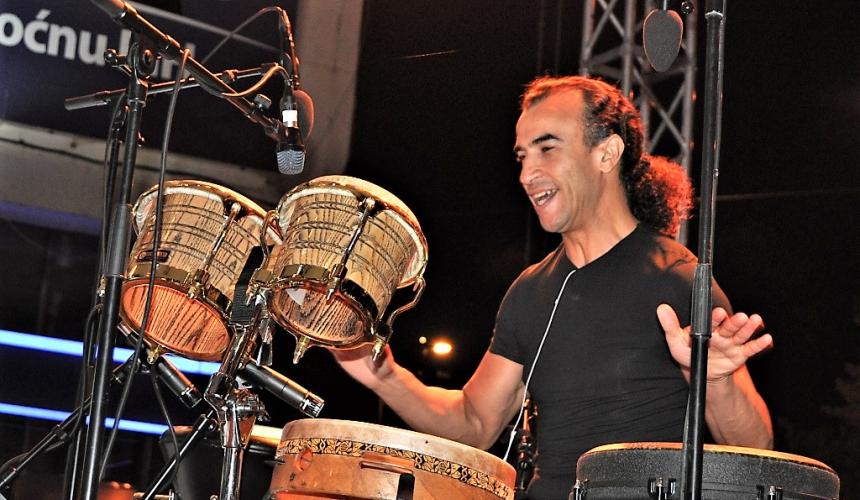 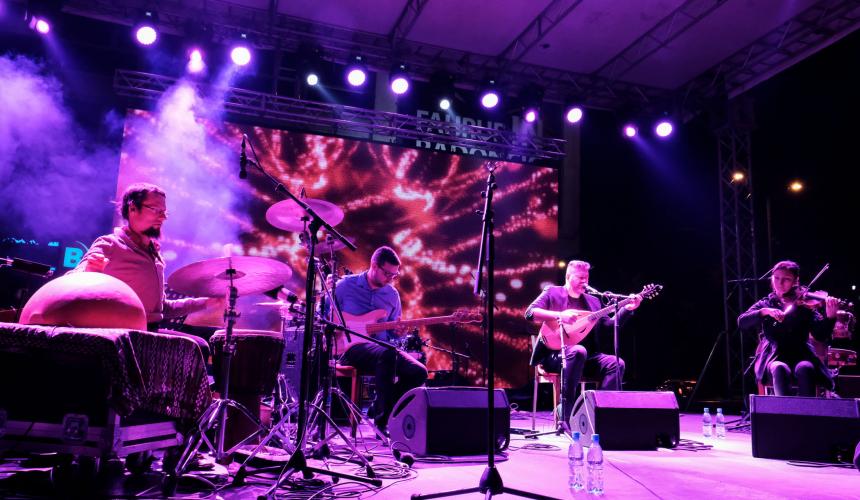 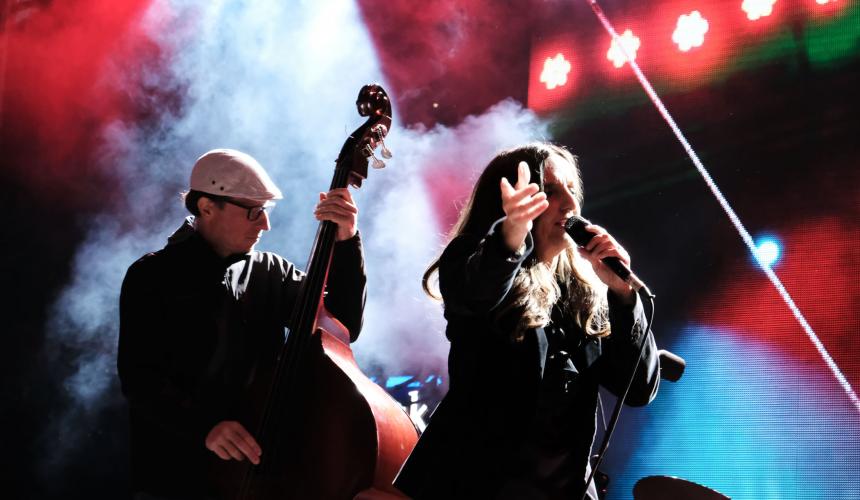 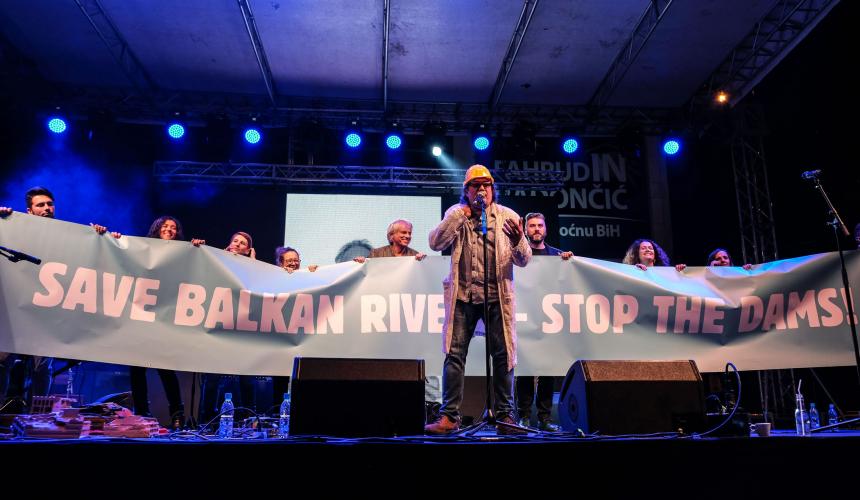 ++ Rambo Amadeus, Eda Zari, Damir Imamovic and Tamara Obrovac sing in Sarajevo to stop the hydropower tsunami on the Balkans ++

Sarajevo, Vienna, Radolfzell, September 30, 2018. Hundreds of people raised their voices at the open-air Concert for Balkan Rivers at Sarajevo’s BBI centre on Saturday, September 29th. They were singing along with the popular musicians Rambo Amadeus (Montenegro), Eda Zari (Albania), Tamara Obrovac (Croatia), Damir Imamovic (Bosnia-Herzegovina) and thus raising awareness for the massive destruction of rivers which is going on all over the Balkan peninsula. The rivers in Southeast Europe face a severe threat, disguised as a green and sustainable source of energy: about 3,000 hydropower projects are planned or under construction between Slovenia and Greece, threatening to destroy Europe´s most beautiful and intact rivers.

The musicians, representing different countries in the Balkan region, presented a united front against the dam craze. As singer Tamara Obrovac pointed out: “One of the most important resources and sources of life on earth is water – let us preserve the source of life together before it is too late."

“Tonight, we are bringing to Sarajevo the voices that represent all Albanian artists and all Albanian people and activists that for years have been protesting and fighting the destruction of rivers like Vjosa and Valbona”, said singer Eda Zari.

During his powerful performance and under the applause of the audience, Rambo Amadeus, one of the most popular musicians in the Balkans, destroyed a symbolic dam on the stage with a drill- a strong message towards investors and the banks financing the gold rush in the Balkans. “I have seen in several places in the Balkans that entire river streams are cut off and the water is redirected into pipes, leaving the river itself and the environment without life”, said Rambo Amadeus.

Damir Imamovic added: “It will be probably strange for the people born after us that artists were gathering to draw public attention to the importance of natural resources. But they will probably be struggling, as we are struggling, to draw attention to the things that should be a universal human right. We have to!"

The concert for Balkan rivers was organized with in the campaign “Save the Blue Heart of Europe” and was also the big finish of the first European Rivers Summit in Sarajevo (27. – 29. September), during which more than 200 activists, scientists and river lovers from all around the world shared their inspiring stories about their fights for clean and free-flowing rivers.