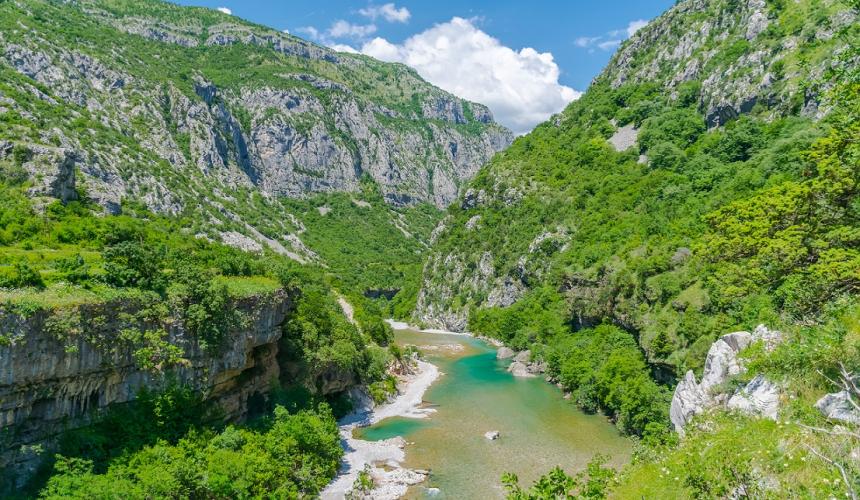 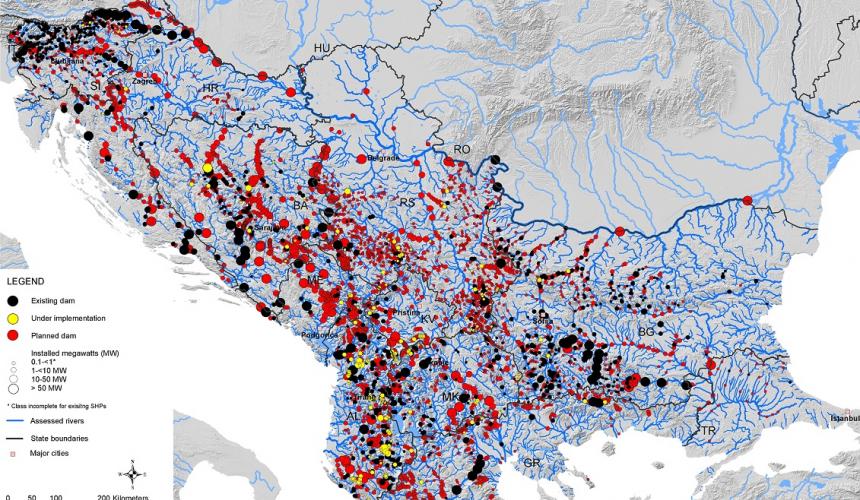 Belgrade, March 1, 2019 – The ‘Save the Blue Heart of Europe’ campaign gave a cautious welcome to a first-of-its-kind summit between the financial sector and green activists, where a roundtable about the role of banks in the destruction of Balkan rivers by hydropower dams was centre stage.

The bank summit was initiated by the London-based European Bank for Reconstruction and Development (EBRD) and the Save the Blue Heart campaign in order to discuss the sensitive issue of hydropower development in the Balkans. Representatives from some of Europe's largest commercial lenders, including UniCredit, Erste Groupe and Societe Generale, attended the summit.

The discussion explored how these financial institutions could start providing timely information to the public about the likely environmental and social impacts of their loans for hydropower projects in order to avoid the destruction of the pristine rivers of the Balkans, some of Europe’s last wild waterways.

A lack of transparency has plagued a number of investments across the region where rivers have been impounded, dried out important species and habitats have been lost, and local communities have confronted project developers over their loss of livelihoods.

The Save the Blue Heart of Europe campaign is calling on banks to immediately stop funding for projects that are located in protected areas and other valuable river stretches, apply more stringent green conditions to loans in the sector and increase funding for energy efficiency and other renewable energy sources, whose potential in the region remains largely untapped (see Balkan Rivers Eco-Masterplan).

Igor Vejnovic, hydropower coordinator for CEE Bankwatch Network, said: “Transparency is a cornerstone of democracy and environmentally and socially-responsible investment. Without it, banks expose themselves to legal and reputational risk. So today’s meeting is a sign that financial institutions are willing to listen, but the question remains if they will act to protect the rivers and communities of the Balkans.”

Gabriel Schwaderer, CEO of EuroNatur, said: “The destruction of the beautiful Balkan rivers by hydropower would not only be ecologically devastating, but also nonsense in regards to energy politics. A transformation of the entire energy policy is urgently required: reduction of energy consumption, increase of energy efficiency, reduction of major energy losses and investment in solar and wind instead of hydropower.”

Ulrich Eichelmann, CEO of Riverwatch: “Within the last two years, we have assessed the ecological value of the Balkan rivers in detail. The outcome is a spatial plan that defines no-go areas for new hydropower plants, the so-called “Eco-Masterplan for the Balkan Rivers”. The result is proof that this river network is without par in Europe: 76 per cent of the rivers are of such high value that they qualify as no-go zones. The banks must stop the funding of hydropower in these areas.”