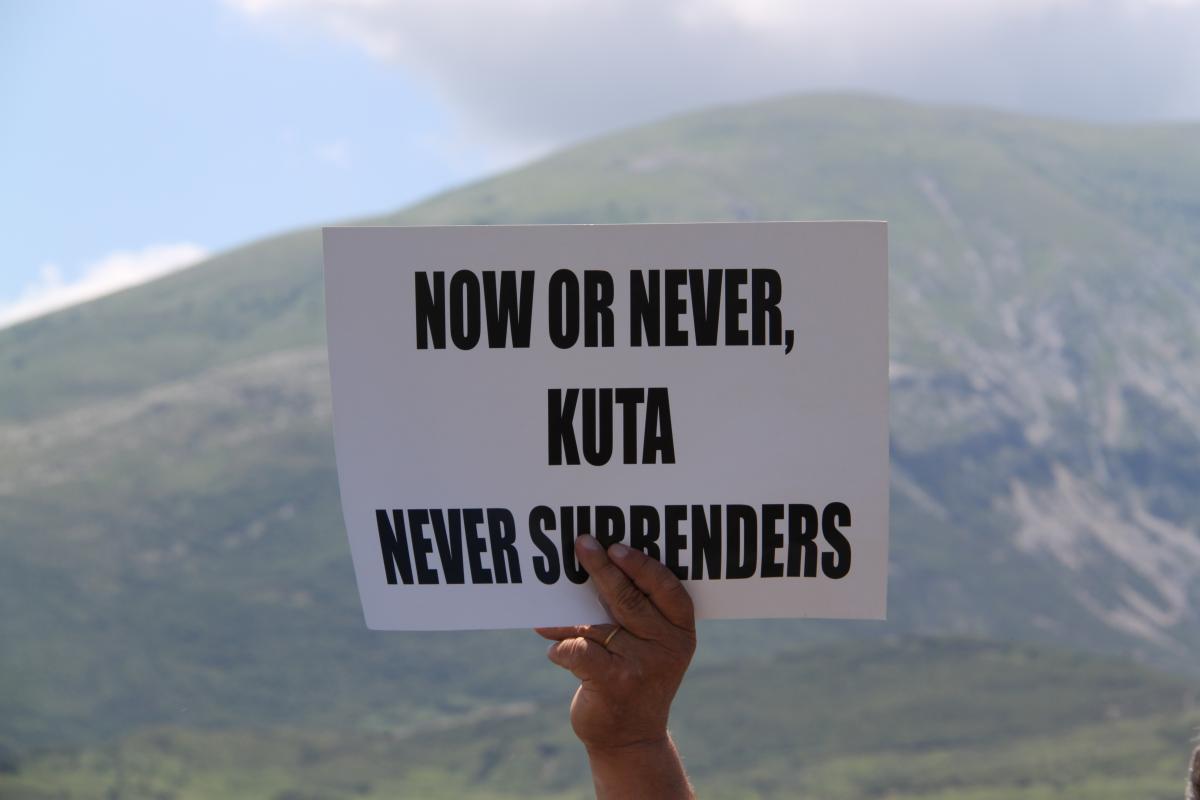 Albania: Lawsuit against hydropower project on the Vjosa has been filed

Tirana, Vienna, December 2, 2016. The planned destruction of the Vjosa, one of Europe’s last big wild rivers, is now being challenged in court. Today, the nature conservation organisations EcoAlbania, Riverwatch and EuroNatur, as well as 38 affected residents filed a lawsuit against the projected hydropower plant “Poçem” on the Vjosa with the Albanian Administrative Court. In it, the plaintiffs demand the suspension of any decisions and permits for this dam project, which was to be constructed by a Turkish consortium. “We are determined to defend this claim through every instance of the legal system. After all, it is to protect one of the most valuable nature areas in Europe,” says Ulrich Eichelmann, coordinator of the “Save the Blue Heart of Europe” campaign at Riverwatch.

Grounds of this lawsuit are manifold. The Environmental Impact Assessment (EIA) accepted by Albanian authorities is utterly inadequate: more than 60% of the EIA was simply copied word-for-word from other projects, flora and fauna was not even assessed at all, etc. Nevertheless, the authors of the assessment reached a positive conclusion for the project. Prof. Friedrich Schiemer from Vienna, who analyzed the EIA together with colleagues from Albania, Germany and Austria, confirms: “I have never seen such a poor EIA, the text is a farce. The EIA must be repeated and carried out according to international standards.” Just recently, the European Commission has also sharply criticized Albania for the low quality of EIAs in Albania. Another basis of this lawsuit is the fact that affected residents were not informed. In the village of Kutë, a majority of fields and olive plantations would drown in the 2,400 hectare reservoir; 90 individuals would have to be relocated. Nevertheless, nobody from the village was informed to date. A legally required resident information event did indeed take place; however, it was set an hour’s drive away and did not include residents actually affected by the project.

A procedure like that is not the exception in Albania, but rather the rule. Therefore, this lawsuit is not only imperative for the future of the Vjosa and its residents, but also for nature protection and the administration of justice in Albania in general. Attorney Vladimir Meçi, who prepared this lawsuit, affirms: “Our laws are not poor, but they are too often ignored by investors, authorities and politicians. This disregard must stop or we will destroy our entire country.  The Poçem case is thus a legal touchstone for the rule of law in Albania.”