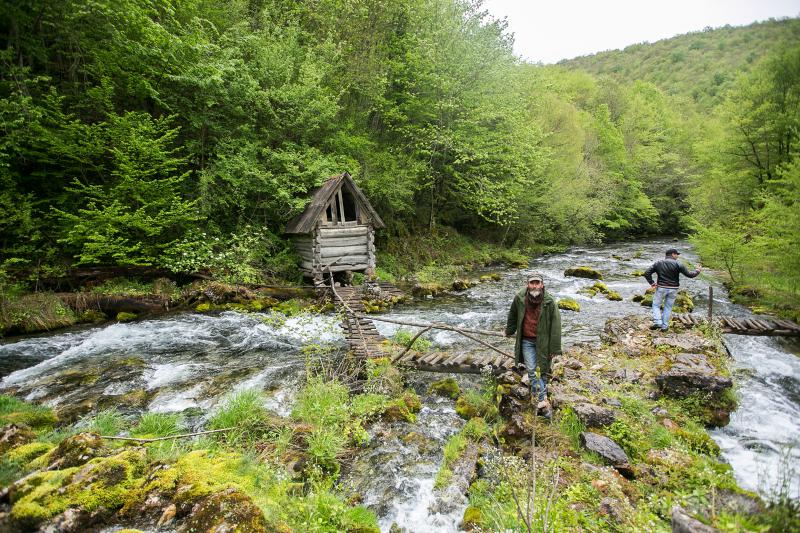 Sana will live! Initiatives to protect the river accepted

The Ministry of Physical Planning, Construction and Ecology of the Republic of Srpska has authorized initiatives on declaration of protected areas on the River Sana. The notion was submitted by environmentalists based on previous biological research. Regrettably, a hydro-power plant was launched on the river last year. The new regulation will protect river’s springs and canyon. Read this press release by Arnika and Blue Heart Partner Center for Environment

"Although the 5 MW hydro power plant Medna that was put into operation in March 2018 violating the entire Sana River basin which changed conditions for designation of the planned Nature Park of Upper Sana, the new initiatives are important in order to protect the remaining natural values of this region on a state level,” Dragan Kovačević, head of the Department of Natural Heritage of the Institute for Protection of Cultural, Historical and Nature Heritage of Republic of Srpska welcomes the Ministry’s first steps for starting the procedure.

The initiative aims to establish two new protected areas – ‘the Springs of the River Sana with the Mračaj Sink’ and ‘the Canyon of Prizren Grad’. These two locations were suggested by environmental experts from the Center for the Environment (BiH) and Arnika (CZ) in February 2019.

“Last summer, we have engaged a group of biological researchers to detaily examine the area of the springs of the River Sana. The obtained results show that this area is unique and represents a habitat for a large number of important plant and animal species,”explains Zuzana Vachůnová from Arnika, Czech non-governmental organization.

According to Iva Miljević, Center for Environment’s coordinator of the research, scientists “provided data for as many as 304 species, and among them there are plenty of those for which no data related to this area existed until now. It’s important to note that the canyon of Prizren Grad is also a habitat of gray falcons.”

A study of the Institute for Protection of cultural, historical and nature heritage of Republic of Srpska, based on said biological research, will suggest specific borders for the designation of both of the soon-to-be protected areas.