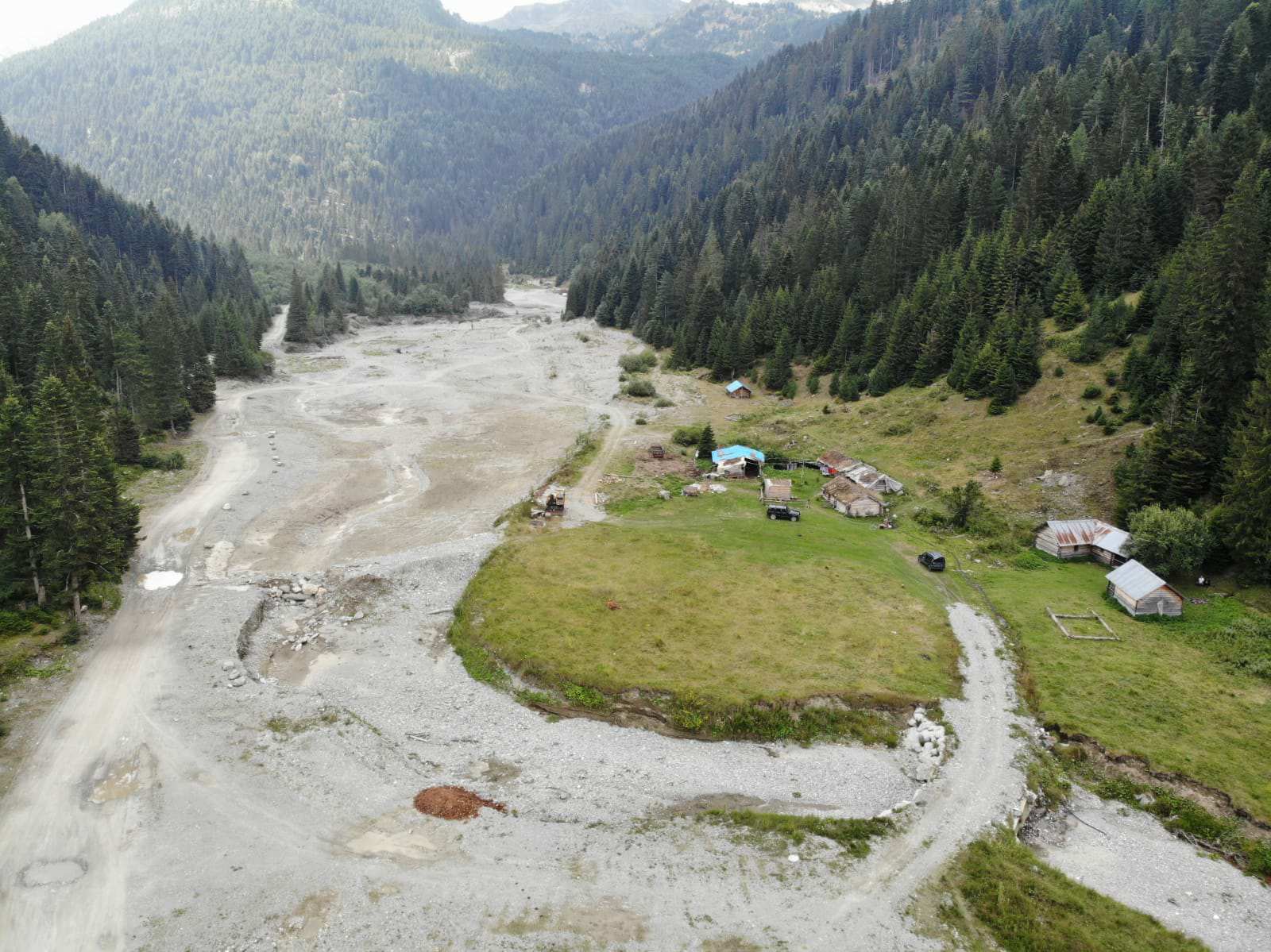 Yesterday, November 22, the Kosovar Minister for Environment, Spatial Planning and Infrastructure informed the public via Facebook about the presentation of a concept for the area Zalli I Rupes. See their Facebook post here.

In this post, Riverwatch is mentioned and it might give the impression, that we – Riverwatch – have been part of a process towards re-opening of the hydropower plants in the region and that we have given a “green light” for this. This is not the case, on the contrary.

Riverwatch has indeed recommended the expert Dr. Christoph Hauer to assess the situation at Zalli i Rupes and to come up with a solution on how to restore this valuable area, which was previously completely destroyed by Kelag subsidiary ‘Kelkos’ due to extensive gravel extraction.

However, we made it very clear from the beginning in our talks with Kelag and the Minister, that the destruction of Zalli i Rupes is only one problem in need of solving, among others within the affected valley. Zalli I Rupes is only ‘one pearl on the Lumbardhi valley necklace’.

Kelag/Kelkos now tries to sell the concept developed solely for Zalli I Rupes as a “major step” and pressures the ministries in Kosovo towards re-opening their power plants. Riverwatch CEO Ulrich Eichelmann wants to make clear: this is not a solution for the many issues arising from Kelag/Kelkos’ activities in the region and we don’t support re re-opening of the power plants in any way.

The impacts of the Kelkos dams are numerous. Besides social aspects, the dams have a lot of negative ecological consequences. The hydropower plants change the water flow, deteriorate the water quality of river and groundwater, they destroy valuable habitats, lead to loss of biodiversity and the lowering of groundwater level etc.

What is the way forward?

In this situation – and especially after the recent decision of the High Court of Kosovo that the Kelkos hydropower plants must be shut down – it is important to take the right steps, in line with international standards.

From the Riverwatch perspective, the only way forward is through implementing the following three steps:

Only if these conditions are fulfilled, does Riverwatch see a chance to get the dams re-connected to the grid. And this needs time. A quick and dirty solution with the attitude of “we promise to fulfill all requirement in the future, but let´s go ahead with putting the plants in operation now” as Kealag/Kelkos proposes, is unacceptable. This is the approach they have followed before and is exactly what led to this messy situation.

In a personal talk with Ulrich Eichelmann, Minister Liburn Aliu agreed that no permission will be given prior to these steps. This approach would be the best for nature and the people of Kosovo.