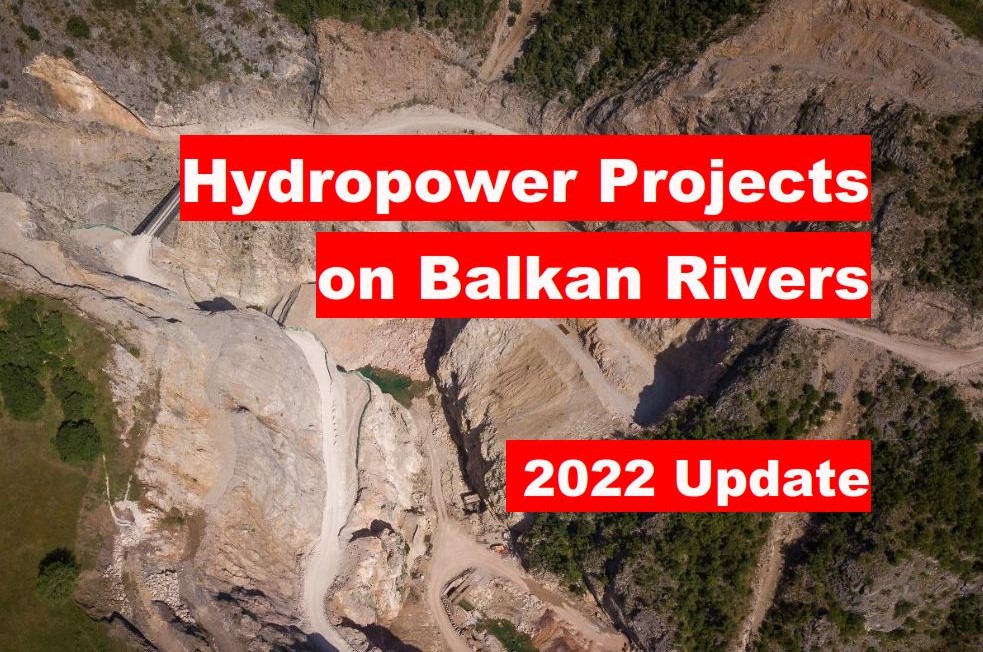 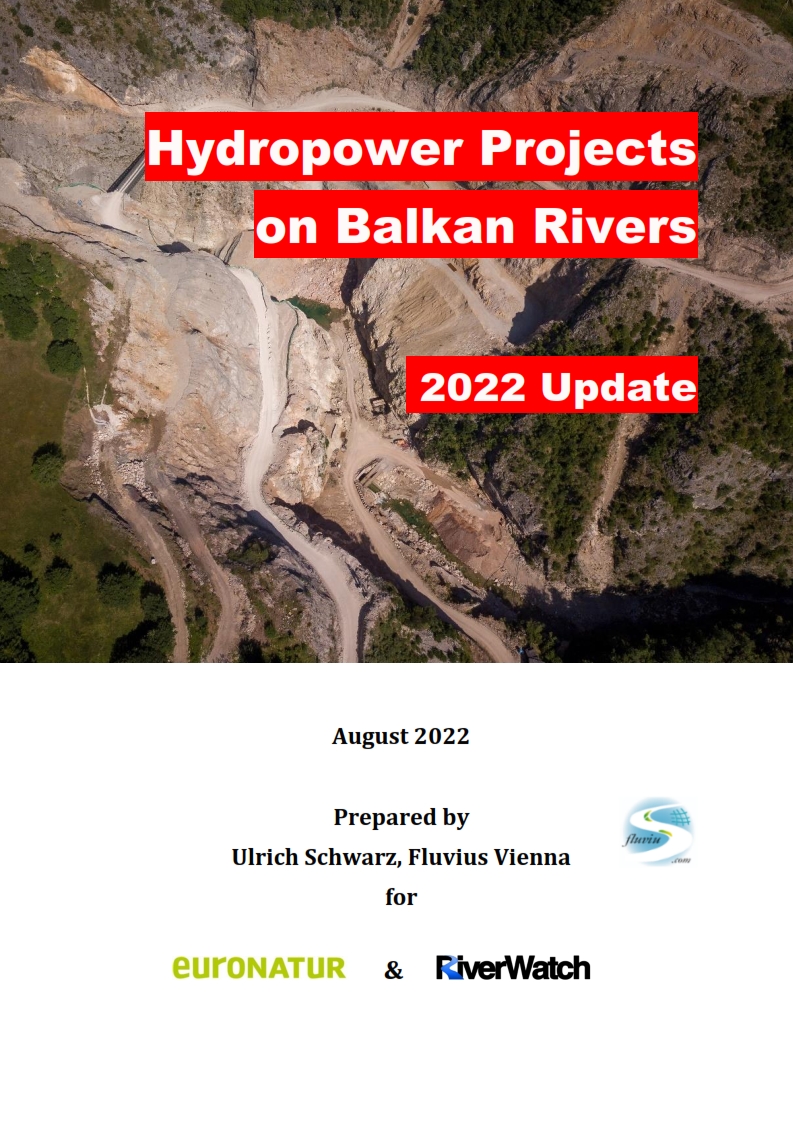 Every two years, we analyse the situation of hydropower development in the Balkans, updating the data of existing and planned hydropower plants as well as those currently under construction. Moreover, we assess how many of these projects are located in protected areas.

Since the last update of this kind in 2020, another 246 HPPs came into operation, leaving hundreds of kilometres of rivers and streams devastated, most of them in Bosnia & Herzegovina, Serbia and the Kosovo followed by Albania and North Macedonia.

As of summer 2022, 3,281 hydropower plants (HPPs) are planned, 108 under construction and 1,726 are operational in the Balkans. Small-scale hydropower plants (SHPs) make up by far the largest share:  92% of the planned projects have an installed capacity of less than 10 megawatts (MW).

1,689 HPPs (50%) are planned or constructed inside existing and planned protected areas, including 227 in national parks and 592 in Natura 2000 sites

The good news: some positive signals have recently come from Bosnia and Hercegovina where the Federation adopted a new law restricting further development of SHPs (which means that 110 planned SHPs that are still listed in this data set can actually no longer be built), and from Albania, which has finally committed to establishing Vjosa River to European’s first Wild River National Park. After completion of this update, another 7 HPPS were revoked in the Shar Planina National Park in North Macedonia. These successes are the result of NGOs’ continuous fight for free-flowing rivers in the Balkans – and put great wind into their sails.

Download the “Hydropower projects on Balkan Rivers: 2022 Update” HERE and find the updated data in our interactive map!