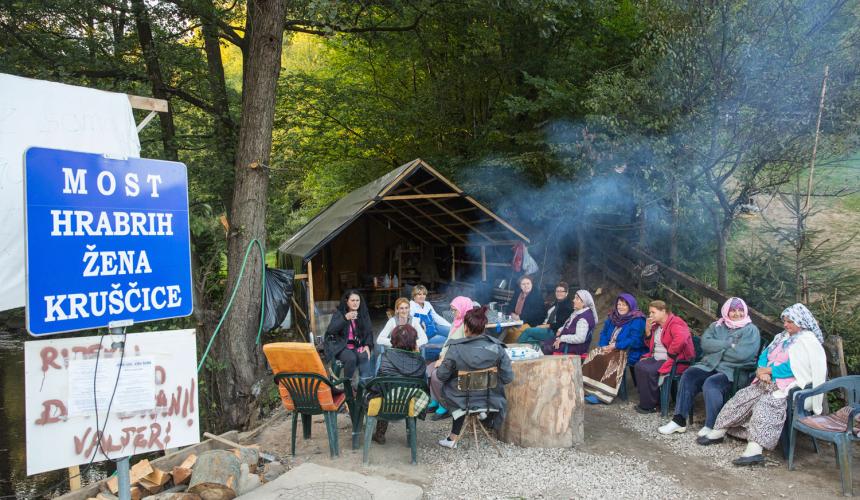 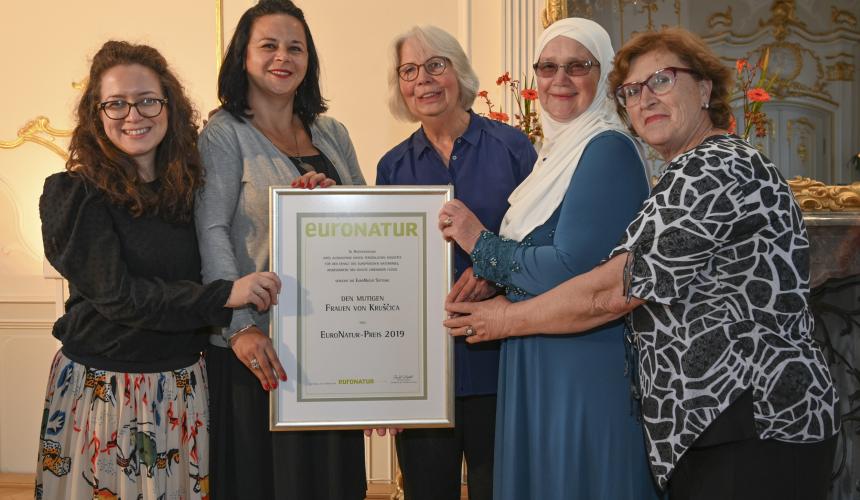 On October 10th, a delegation of the “Brave women of Kruščica” accepted the EuroNatur Award 2019 on the island of Mainau on Lake Constance. The award honours the women’s extraordinary courage and perseverance in protecting their river.

For more than 500 days and nights a group of women from the village of Kruščica occupied a bridge over the river of the same name and thus averted the construction of two hydropower plants. Believing that women would not be attacked by the security forces, it was only the women from the village of Kruščica who blocked the bridge over their river from August 2017 to December 2018. “Neither police violence nor attempts at intimidation by the investor could make the courageous women give up defending their river – and for what a long period of time. I hold the courage and determination, stamina and solidarity of this community in high regard,” said EuroNatur President Christel Schroeder in her laudatory speech.

In late 2018, the competent court supported the objections against the planned hydropower plants in Kruščica and the women could finally leave the bridge. But the fight against the dam frenzy in the Balkans continues in many other places. For many civil society groups, the “Brave women of Kruščica” provide inspiration for their resistance.

Background information
EuroNatur Award: By receiving the EuroNatur Award, the “Brave women of Kruščica” join a long row of esteemed personalities. Laureates of previous years include Jonathan Franzen, Dr. Luc Hoffmann, Dr. Mario F. Broggi, Gudrun Steinacker, and Roberto Epple. The EuroNatur Award is non-monetary. It shall honour outstanding commitments in the field of nature conservation. The EuroNatur Award 2016 was given to a delegation of the Kruščica women on 10 October 2019 at 5 p.m. on Mainau Island (Lake Constance).